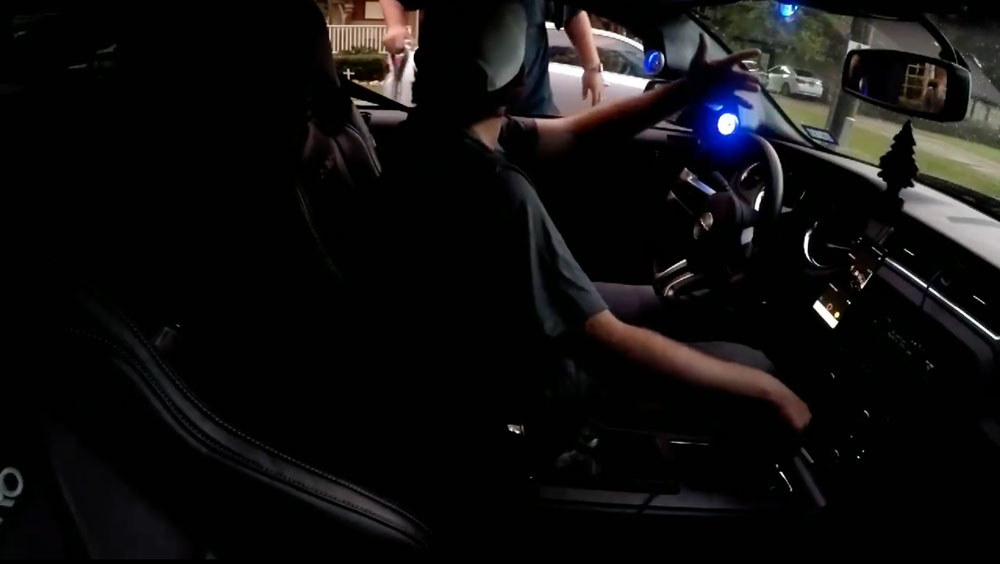 In the car community, lots of our rides end up being loud and proud as we try to modify them to fit our specific tastes, and sometimes, this can mean that cars that are already a little bit loud can get a little bit louder and even brighter and more boisterous as we make them fit our tastes. Unfortunately, not everyone is on the same page when it comes to loud and flamboyant sports cars and that’s an important dynamic to consider because not everyone has the same likes. Even those who don’t approve of going fast deserve to be respected.

This time, we check out someone who appears to not really be a big fan of the Ford Mustang, or at least this particular version of the Mustang as they seem to think that it’s been going too fast through their neighborhood. In order to try and solve this problem, the angry homeowners rush out to the curb on one occasion when they saw the Mustang pass and one of them was even wielding a shovel, something that we didn’t really think too much of until the entire situation unfolded in a way that might just leave your jaw on the ground.

If you follow along down in the video below, you’ll be able to watch the reaction as angry neighbors call out the owner of this Mustang for what they claim to be speeding. Now we’re not sure about the whole speeding ordeal but before long, that would become the least of these people’s worries as they would decide to hit the Mustang after the confrontation went down and before they knew it, they would have a whole new set of issues to worry about. We’re not going to pick sides on the whole neighborly being loud and/or speeding issue but we’re going to go out on a limb and say that this isn’t how you handle either of those problems.
https://www.facebook.com/100000136668240/videos/2182249065122961/