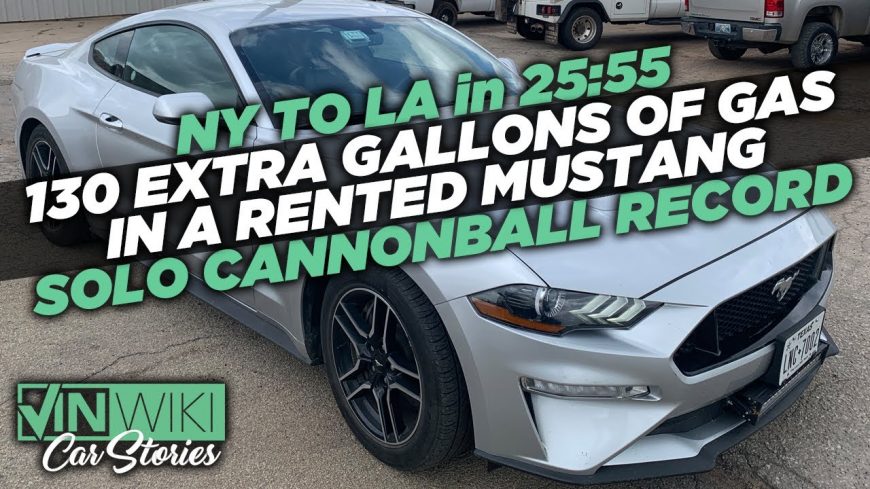 Today, the world is very connected. People talk about anything and pretty much everything. With that connectivity, we would think that something like setting a cannonball record would be nearly impossible as it has to be done under the cover of secrecy.

After all, tell one person, and eventually, the whole world knows. It’s no secret as to how that could end up panning out poorly for somebody trying to set a cross-country sprint record.

Long story short, the whole concept of the cannonball record is a bit crazy. Not only are drivers able to keep the secrets to themselves until they unveil their actual times. The fact that they’re able to transverse the entire country without being detected in record time is mind-boggling.

The full disclosure here is that this is incredibly illegal and we wouldn’t encourage anybody to try it out. However, when somebody does set a record, it’s always something that grabs our attention.

Just as a reminder, Google Maps places a drive from New York to Los Angeles at 41 hours long. With that in mind, the solo record stands at just under 26 hours today. Oh yeah, did we mention that the record was set in a Ford Mustang rental car?

VINWiki caught up with the solo record holder, Fred Ashmore, as he tells us about what it took to make it happen. As it turns out, it isn’t about just hopping in the car and sending it. Instead, there is a lot of planning behind such a trip. In fact, Ashmore informs us that he thought the previous standing record of 27:25 looked rather unbeatable. However, when he would make the drive in just 25 hours and 55 minutes, we’re sure he was happy to prove himself wrong.

By following along with the video below, we catch a glimpse of one of the fastest long haul drivers in the world. By most respects, the cannonball record doesn’t really make much sense. However, it has a certain allure that we can’t help but be attracted to.