Some People Have Twin Turbos, This Camaro Has Twin Engines 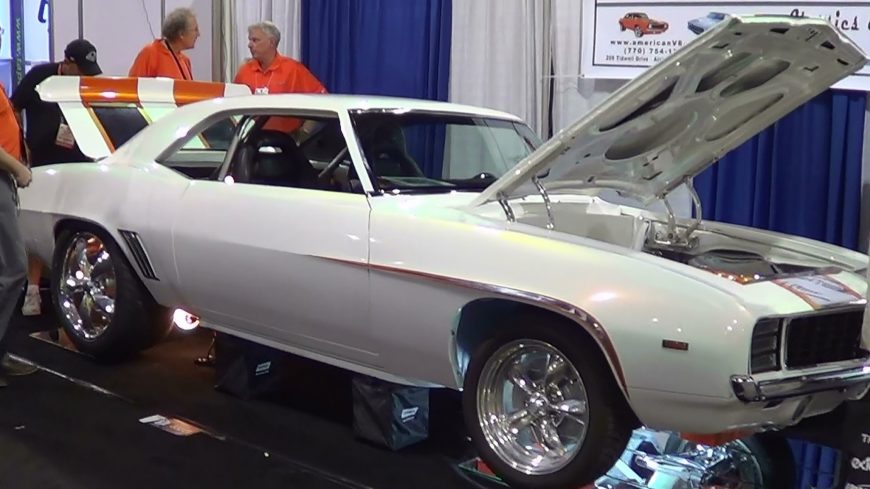 We’ve seen our fair share of 1969 Chevrolet Camaro builds as it’s a car that is beloved by the car community and for very good reason. The first generation of Camaro is iconic, there’s certainly no denying that but sometimes, there are so many of them at your local car shows that it can be a little bit more difficult to differentiate yourself from the next Camaro owner. That might not necessarily be a bad thing but if you’re looking to stand out with one of these machines, you’re going to have to put in a little bit of extra effort.

This time, thanks to ScottieDTV cameras, we think that you will agree that this pony car that we’ve stumbled upon is truly unlike any that you have ever seen before. No, the owner didn’t decide to make it stand out with some sort of simple paint job, custom interior work or even one of the common engine swaps that you might find, instead, he did decide to do something radically custom, making sure that this thing would be unlike any Camaro of any generation, that you’d ever lay eyes on again.

With twin 427 V-8 engines tucked under the hood, you would think that you’d be able to distinguish this “Z-16” from a normal Camaro from miles away, but it isn’t until we get up close and personal with the beast that we can see exactly what’s going on. It’s kind of neat how they were able to make all of this fit in the car without making it look all that much different from the next one. Whoever is going to look at this thing is really in for quite the surprise and that seems to be most of the fun with a spectacular build like this one.

Check out the video below that shows off this showpiece and all of the craftsmanship that has gone into making this Camaro stand out from the crowd!