Sometimes, a Beat up Old Cherokee is All You Need to be a Rock Climbing Master 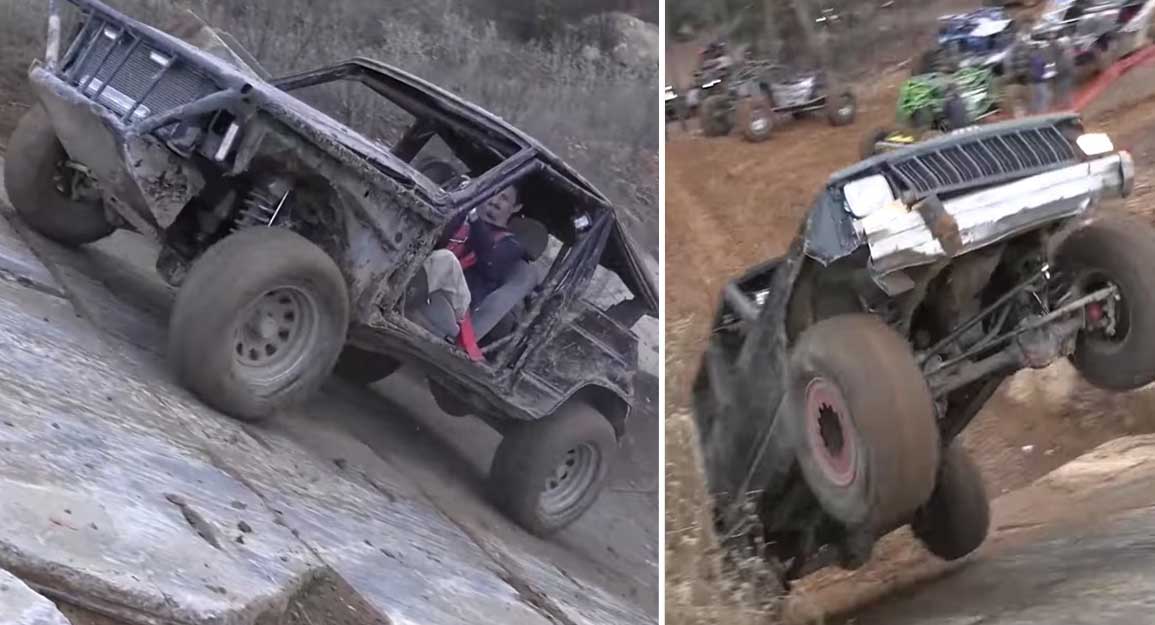 Just because your rig doesn’t cost a lot of money isn’t say that you can’t have a blast behind the wheel. In fact, if a lot of us are honest with ourselves and recall times when we’ve had a blast when driving, it likely could’ve been in a cheap vehicle lots of times. At the end of the day, it can really just be fun to let loose. With something like an XJ Jeep Cherokee, they’re so cheap that we can really stand to break just about anything. Replacing the entire vehicle isn’t going to cost any more than a couple of hundred bucks and with that, nobody is losing sleep over a couple of dents and scratches.

This time, thanks to the rolling cameras from the crew over at Busted Knuckle Films, we get to watch that philosophy come to life. The stars of the show this time are vehicles that look like they have been rather forgotten about. These are easily Jeeps that we would very well believe had been pulled from different junkyards. However, when the people behind the wheel lay into the throttle, they definitely turn trash into treasure.

Not only are these machines tackling a couple of challenging hill climbs but they appear to be doing it rather well. Although these Jeeps appear to have seen better days, they have no problem making the incline look easy as they skate up either concrete or a pile of rocks designed to be a challenge.

By following along with the video below, you will get to be the judge. Could a junkyard Jeep possibly be as fun as a high-dollar rock climbing configuration? We would argue that there is definitely a case for the banged-up beastes reigning supreme. This video definitely gives us a stout piece of evidence in that camp.