Excuse Me? Sony Drops a Bombshell, They’ve Built Their Own Electric Car!

Excuse Me? Sony Drops a Bombshell, They’ve Built Their Own Electric Car!

Man, we really need to be more careful with what we talk about. We ended up getting ...

Man, we really need to be more careful with what we talk about. We ended up getting exactly what we wished for.

As plenty of articles have been posted here on Speed Society about the race to build electric cars, we’ve noted that everyone is getting in on the movement. Originally, when we made this note, “everybody” was referring to all of the automotive manufacturers. However, it looks like some other companies might be throwing their hats in the ring as well. These might not have been the names that you were expecting.

In an absolute bombshell, Sony has debuted its very own concept car. Yup, that’s right. The brand on your PlayStation and maybe even your television has created a car.

As a surprise at the 2020 Consumer Electronics Show, Sony made a reveal that caught pretty much everyone off guard. With the Sony Vision S, we check out what the tech giant sees when they think of the future of motoring. That might not exactly mean that they’re going to be producing automobiles, though.

When is it coming?

While the brand did put together a nearly complete concept car, we have no word as to what direction it’s taking. Those familiar with the industry seem to think that the car will simply serve as a demonstration of what Sony can accomplish.

The company seems to want people to be inspired by the vehicle and how they interact with it. Perhaps, the brand isn’t looking to get into making their own cars. However, we wouldn’t be shocked to see some of these systems integrated into existing nameplates. Sometimes, it makes for a better-finished product when manufacturers outsource. In other words, letting Sony build the electronics can let other manufacturers focus on building cars.

The tech in this thing expands far and wide, offering up some unique features. One of our favorite features of the car is that it promises the ability to recognize who’s in it. This means that things like seats, mirrors, and radio adjustments will automatically suit the driver.

We also caught word of some unique offerings such as the user’s ability to capture their experience in the car and make videos. The machine seems to try to integrate multimedia into the driving experience.

Last but not least, we find some familiar features like level 2 autonomous driving. The car also has cameras just about everywhere. Dare we say the age of the blindspot is gone?

The video below from Engadget helps to bring us a deeper look at the exciting announcement. It’ll be interesting to track and see exactly where the car ends up going.

Mercedes-Benz Builds Avatar - Out On The Strip Of Las Vegas But Where's the Steering Wheel? 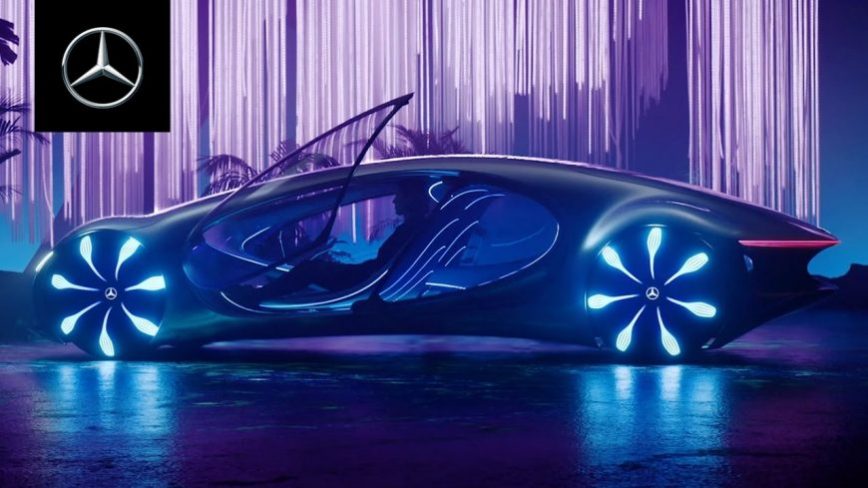