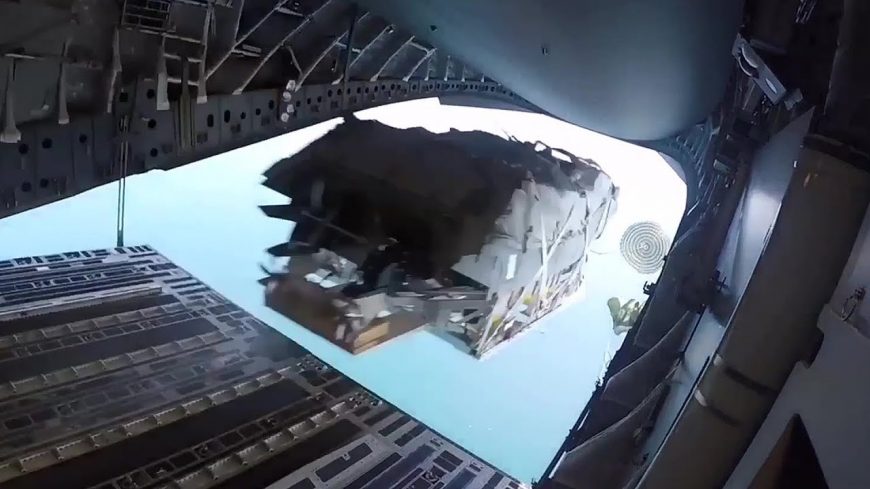 When it comes to delivering supplies to remote areas or potentially areas that could be a little bit dangerous, you can’t exactly touch down, spend lots of time unloading, and still expect to be as efficient as you possibly can, therefore, with special forces and the help of some special equipment, you’ll be able to see exactly how they take this process and expedite it, tying everything up in a nice neat bundle and essentially dropping it down on the heads of those below. This time, we have the best seat In the house to see exactly how all of it works from inside an airplane that it’s all being dropped from.

In this one, we get to check out a boat airdrop from the inside of the C-17 as they engage with what’s called a low velocity air drop delivery. With something like this, it might just give you a little bit of vertigo as you look below and see all of that space between what you’re dropping and the ground, only to watch the load make its way out of the back of the aircraft and simply start gliding down to the hard surface below before being caught by a series of parachutes that should help to deliver it nice and safely.

This is followed up by a series of troops who line up, one after the other, and take that dive off of the edge of the airplane, falling into the abyss as they take a brave leap toward the ground. I know that there aren’t too many people who would be able to put together the courage to accomplish something like this and it’s pretty fun to watch as these guys make it look like it’s simply a routine task that they take part in every day as it’s just another day in the office.