When you see something like spectator racing, you can’t help but be divided ...

When you see something like spectator racing, you can’t help but be divided inside. For those who are new to this kind of racing format, basically, it takes what you might be used to with a test and tune where anybody can head to the local drag strip and run their car but the slight spin on it here is that there are more than two cars on the racing surface most of the time and instead of a drag race that lasts only a couple of seconds, this form of race will send competitors around the track several times. As you could imagine, things can get pretty intense during this type of competition.

While one side of you wants to scream at the competitors and ask them what the heck they’re doing putting the health of their rides in the hands of other drivers who, well, we don’t need to go that far to detail because you’ve all seen how other people drive on public roadways, the other side of us wants to feast our eyes on the action because these things usually end up delivering their fair share of crash and burn that all of the competitors seem to have signed up for. I think of the fact that most of these participants take more risk than most of us are willing to take is what makes these battles so interesting to watch.

If you follow along with the video below, you’ll be able to see what might just be one of the highest dollar accidents to have occurred at a spectator race to this point in time. In fact, it’s a nearly new Shelby GT 350 taking a hit on this one as the driver appears to have pushed it just a little bit too hard out of the corner as the car loses control and ends up taking a pretty good lick up against the wall. Luckily, it appears as if the driver did end up making it through without any major injuries but we have to add that this is a mess that we certainly wouldn’t want to be responsible for cleaning up.

Mustang Driver Sent to Jail After Chasing Down Group of People 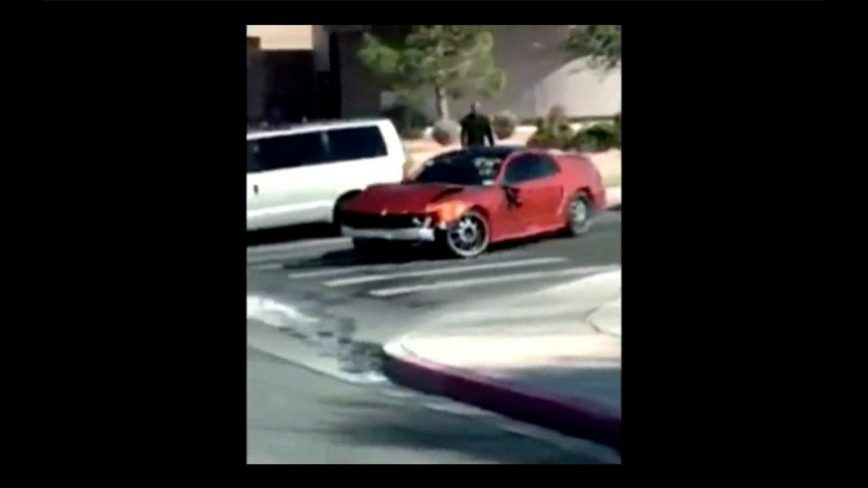