Speed Society Beyond The Build: Season 2, Episode 2: Engine Tear Down 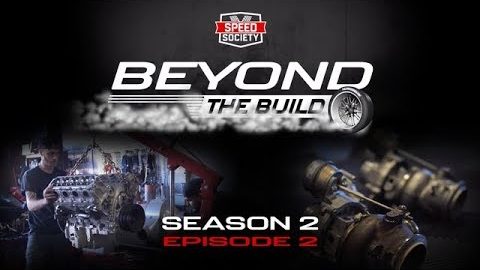 With our first season of Beyond the Build being such a huge hit with you guys, we decided to bring Y’all an even closer look at what’s going into our biggest, most daunting sweepstakes yet, Battle of the Boost. In episode one, we revealed the cars we’d chosen and laid out the plans, so in episode 2, we get to work on those blueprints.

As with our C7 Z06 build, we brought the guys from Vengeance Racing our to handle the overhaul on our ZL1 Camaro. Ron and Sean made the long haul from Georgia to San Diego, where they put their years of expertise to work rebuilding the engine in the Camaro. The guys get to work pulling the accessories and top end off the engine so they can yank the short block out for the overhaul. They have Whipple’s new 2.9-liter supercharger is the heart of the build, but there is a host of accessories that will help keep the engine happy with the added airflow from the massive blower.

Of course, the guys don’t go a day without taking a break to have a little fun, and with a quartet of minibikes being delivered, the guys bolted them together and took them for a spin around the facility.

While the Vengeance crew was building the Camaro, James and the guys from ACG swooped in to swap out the turbos on the Mercedes AMG C63 that makes up the turbocharged side of the Battle of the Boost. Jesse from Pure Turbo joined the fun with a pair of upgraded units to help the Benz crank out even more horsepower. The turbo swap is a simpler process than the complete overhaul required for the ZL1, so James and Jesse get their task wrapped up in just a couple of hours.

Before the day comes to an end, the guys take the minibikes out for another ride, where Ron wipes out on the way back to Speed Society headquarters. Seeing him walking back through the parking lot while dragging his bike in one hand makes for a hilarious visual and a great way to end the day.

Check back for Episode 3, where we’ll see the ZL1 start to go back together and spend some more time cutting up as only Speed Society can!

« Tony Stewart Sits Down With Kyle Petty, And Talks About His Career, His Outbursts, And Being NASCAR’s “Bad Boy”