Incredible Moment Unfolds as We Inform Sweepstakes Winner About His 1000hp Hellcat!

Incredible Moment Unfolds as We Inform Sweepstakes Winner About His 1000hp Hellcat!

Article By – Jesse KleibGrab 5X right now for your chance to take home this zl1 ...

Here at Speed Society, we are most definitely all about everything that goes fast. In fact, we are so invested in the performance community that we give away several insane cars each year. The person who wins the rights to the keys has the chance to forfeit them for a pile of cash. With our most recent giveaway, up for grabs would be a 1000 hp Dodge Challenger Hellcat known as the “Hulcat” or $50,000 in cash.

One of the most exciting parts about these giveaways is actually getting to talk to the winner. No matter who it is, they always seem to be in shock and awe. After all, it’s not every day someone is picked to receive one of the baddest cars on the streets.

This time, our winner comes at us from Texas and it really seems like he has a passion for horsepower. Instead of the cash, Weston Wade has told us that he’s going to be taking home the beast of a car. We can’t say that we blame him. We might be just a little bit biased but we have to say that the Mopar powered monster is an incredible machine.

By following along in the video below, we share the moment of truth with you. Join in as we get to deliver some of the most exciting news that someone might receive in their entire life. This moment makes all of the work that goes into our giveaways more than worth it!

Up next, we have yet another insane machine to share. The next lucky winner will have the chance to take home a Cadillac CTS-V modified by Vengeance Racing. Again, the $50,000 will be on the table as well. We know that the Caddy is going to be pretty tough to turn down, though, just like the Hulcat! 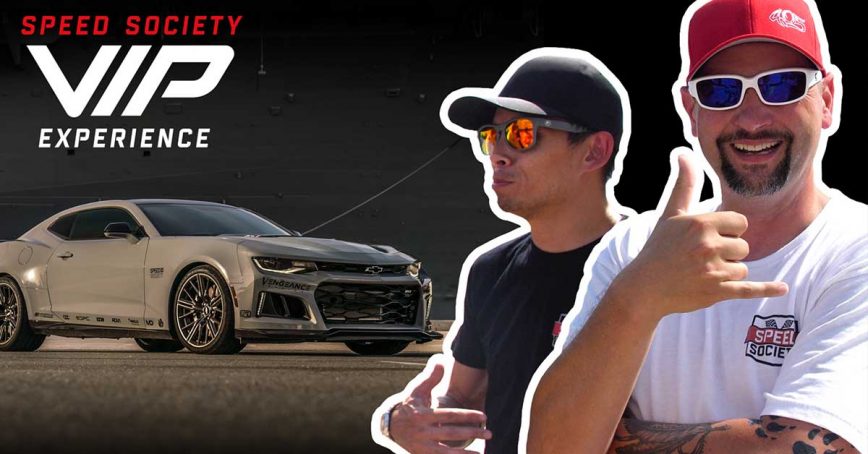