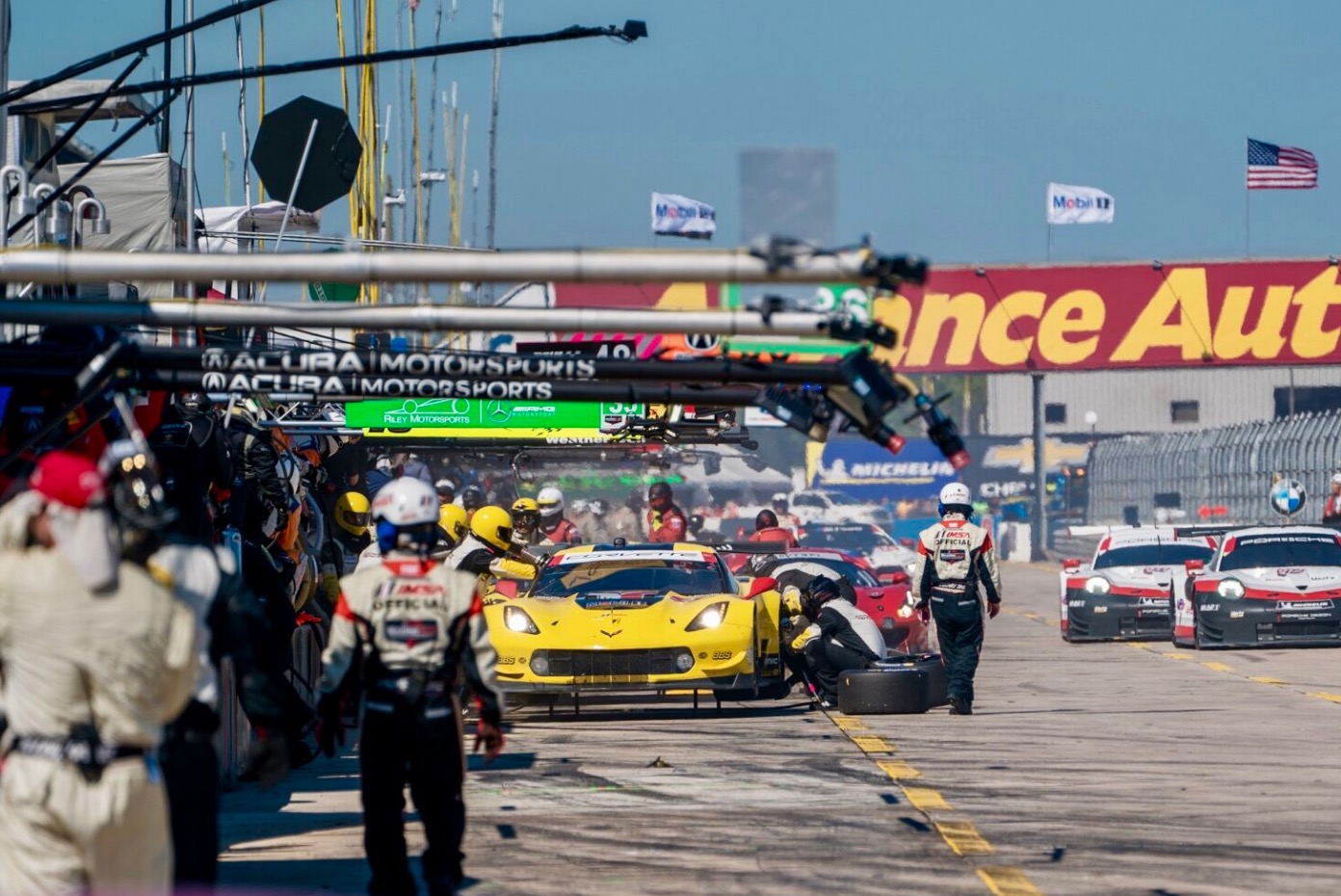 Michelin has long been known as the manufacturer of choice for tires that don’t just meet, but exceed expectations in every category. Never satisfied with good enough, Michelin is always pushing the envelope in both the racing and consumer market to keep themselves and their products at the forefront. Of course, that doesn’t mean they don’t make time to have a little fun now and then, and we were invited to join the festivities at the 12 Hours of Sebring, where we participated in the Michelin Pilot Experience.

The action-packed experience kicked off with a meet and greet among those invited to participate, including some of the most well-known content creators and influencers in the world. Joining our own Doug Del Fraco was Jason Fenske from Engineering Explained, UFC Heavyweight Champion Cain Velasquez, and automotive photographers Adam Bornstein and Patrick Guera, just to name a few. After a round of handshakes everybody headed to dinner at the Michelin Pilot Experience Opening Reception, where they were treated to world-class cuisine and entertainment from performance artist Jared Emerson. Michelin is the only tire manufacturer that hosts an event like this for their partners and influencers, spreading their love for racing far beyond a tire-buying transaction.

The next morning, the group would hit the autocross to test out the star of the show, Michelin’s Pilot 4S, in a head-to-head battle with the Pirelli P Zero. Both tires were mounted up on a BMW 340 and our group of enthusiasts urged to push them to, and beyond, their limits on the autocross course to see which of the two handled the abuse better. Of course, it should come as no surprise, especially to those who already run Michelin tires on their ride, that the Pilot 4S tire won the crowd over, earning high praise from Del Franco, who noted “The Michelins connect you with the car, where you become one with the vehicle.”

After spending the day slinging BMWs around the autocross, it was off the races, where the attendees had special access to check out the 12 Hours of Sebring from vantage points typically reserved for media and crew. Being a trackside photographer myself, I can assure you, these spots are infinitely better than any VIP suite on the property. While these spots may not offer air conditioning or be catered with fine cuisine, they do offer something you simply cannot find elsewhere. Standing in these locations around the course gives you a guttural, tactile connection with the action. Feeling the wind pushed aside by the cars as they streak by, and literally feeling the ground vibrate from the power and force the cars create as they blitz the concrete. There’s quite literally nothing else like it. Michelin has quite literally dominated at Sebring, which serves as the springboard to Le Mans, where they have also been the dominant tire manufacturer. Over the past two decades, Michelin has racked up an insane twenty consecutive wins at Le Mans and their tires have been on 15 of the 20 most recent winners at Sebring.

As part of his Michelin Pilot Experience weekend, Del Franco was invited to join legendary wheelman Justin Bell for a live video interview, although it would turn into more of a discussion between old friends of sorts as the two connected over a shared passion for driving. While Doug is no world championship-winning driver, he has spent many an hour behind the wheel of a wide array of performance cars on many different courses, so he’s hardly a novice wheelman himself. Bell, who won the 24 Hours of Le Mans as well as the FIA GT2 Championship, has become one of the most prominent sources of automotive-related content in the world.

The next Michelin Pilot Experience will take place at the Goodwood Festival of Speed in West Sussex, England. The annual hill climb event has become a showcase for all kinds of racing cars as well, giving fans a chance to check out some of the cars many would only be able to watch on television. From heritage cars from the past to the most modern F1 cars on the planet, there is something at Goodwood for everyone, and that’s not even getting into the hillclimb segment of the event, which is always a thrilling show for the throngs of fans who come out to participate. Look for more behind-the-scenes footage and info from Goodwood and the next Michelin Pilot Experience as well.

Coming to you LIVE from Sebring International Raceway. Justin Bell is LIVE at the Midway with Speed Society's own Doug Del Franco. You don’t want to miss a minute of it. #MichelinPilotExp #IMSA #Sebring12