Speeding Tire Dislodges From Trailer, Smashes the Front of Nearby Home 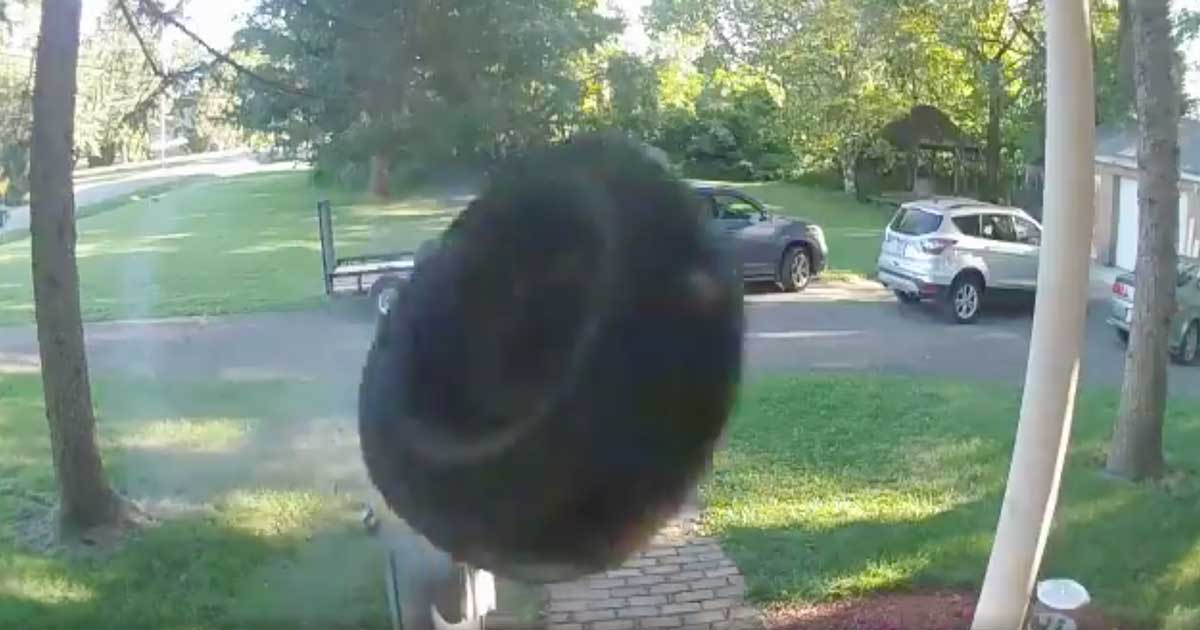 Imagine sitting at home, when all of a sudden you hear a bang. After hearing this bang, naturally, you walk outside to investigate. Upon getting there, you notice some damage to the front of the house and a tire sitting out front with smoke coming from it. For this homeowner, that was exactly what happened and the entire thing was captured on video.

The speeding tire was said to have been traveling somewhere in excess of 40 mph as it approached a home. Security cameras captured the entire incident as, apparently, a bypassing vehicle or trailer lost the tire and kept ongoing. If it was a trailer, there’s a good chance that the driver of the vehicle pulling it didn’t even notice that the tire was missing. However, this homeowner most certainly took notice of the piece of debris that ended up smashing into the front of their house.

It appears as if the tire did a pretty good amount of damage, taking out a pillar and shattering glass that we hear in the background. Luckily, though, nobody was out front because this piece of rolling rubber definitely could have done some serious damage. It could’ve even proven fatal for a pet or small child.

It’s also a good thing that this homeowner had a home security camera system because otherwise, this one would’ve been pretty difficult to explain to the insurance company. We’re not sure that it’s very often that a case comes in where a runaway tire ends up doing big-time damage like this.

The video is capped off with someone coming from inside of the home, looking around confused. We can’t say that we necessarily blame him. How often is it that something seemingly falls out of the sky, leaving a smoldering pile of rubber in your front yard?

« Creating a Self-Propelled Electric Surfboard for the Ultimate Commute