If there’s one trend in recent years that we can’t help but adore, ...

If there’s one trend in recent years that we can’t help but adore, it’s the development of performance pickup trucks. The performance pickup truck has been an interesting market to watch over the years. While many seem like many are incredibly enticed by such an idea, it hasn’t really been reflected with mainstream automakers. There have been some attempts at creating a performance pickup truck but none that have really stuck around long term. Just look at models like the Ford Lightning Or GMC Syclone. Both have gained a cult following but time would tell that neither would stick around for the long-haul.

However, as we fast forward to the 2020s, it appears as if the effort to push this segment is stronger than ever and the sentiment has been expanding across brands. Naturally, Ford has been maintaining its momentum in this category with the Raptor. However, up until just this year, the Ford Raptor was the only competitor in the space that stood any real chance at stirring up mass appeal. No competition means that the folks at Ford could afford to put out something that was less than their best effort – not that they actually did this but you get the idea.

With the year 2021, though, Ram would drop a bombshell in the Ram TRX that would be a major means of competition for the Ford Raptor. Apparently, Ford isn’t taking the news of the 700+ horsepower competitor sitting down. Instead, if you’re buying the leaks, they have decided to step up their own game, creating a more powerful monster themselves. After all, it’s going to be hard to sell a truck that is over 200 hp short of its only direct competitor.

With this one, we get the first real evidence that there is likely to be a high horsepower challenger two the TRX out of the Ford camp. By following along with the video below from Downshift, we get to check out the spy footage that teases the idea of the V8 powered Raptor coming to life once again. Better yet, it appears as if this model will also be supercharged, creating gobs of power, just like the competition from the folks at Mopar. 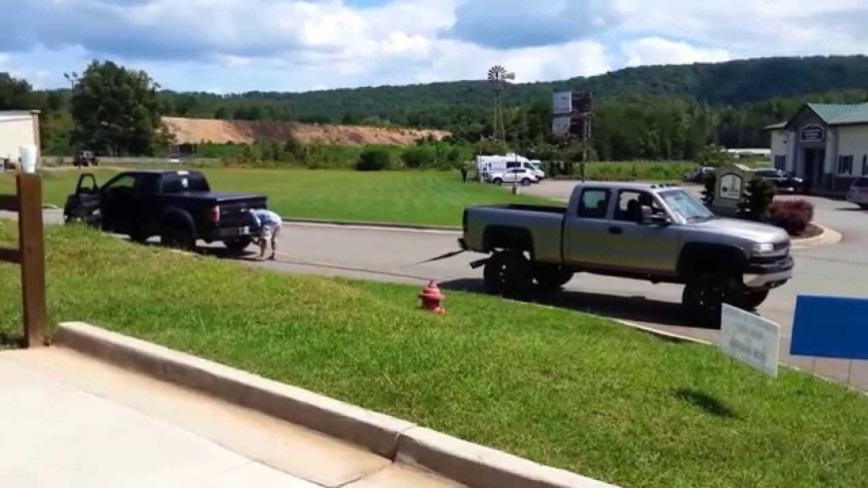