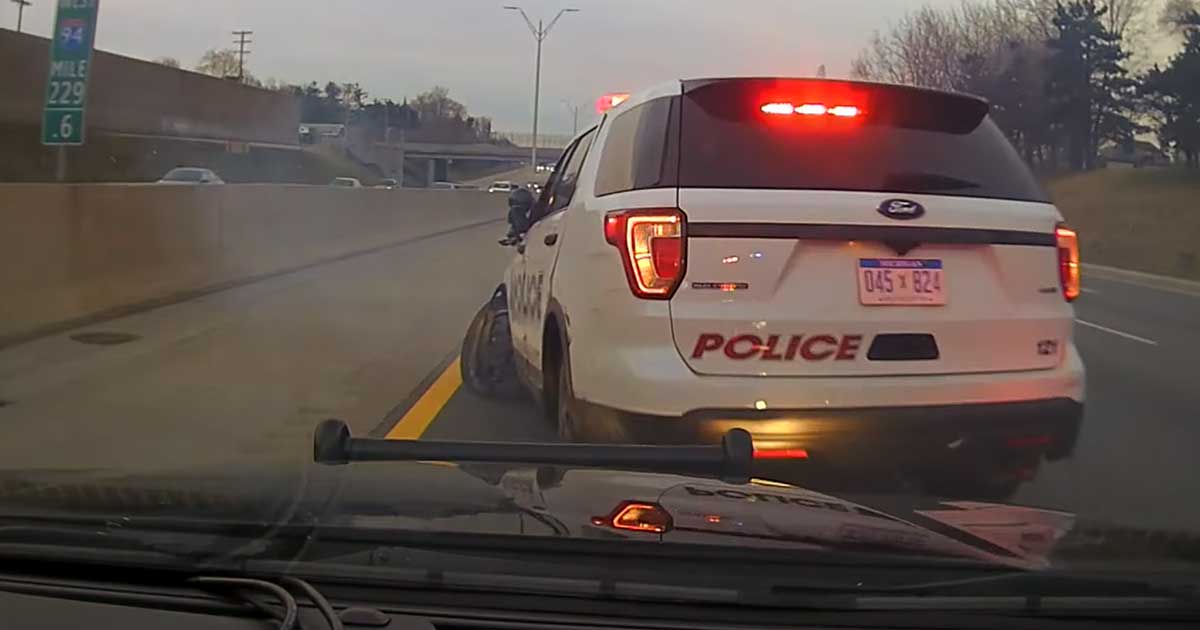 When we make our way through the headlines in the news, sometimes, there are stories that really amaze us. Even in a day and age where it would seem as if nothing is surprising anymore, someone comes along and takes the cake. This isn’t necessarily a good thing, either. After a situation like this, perhaps those involved should take a good hard look at whatever it is they’re doing. Obviously, blasting through traffic in a high-speed pursuit isn’t the result of living a life that’s paying off in a positive way.

In this story, we take a trip to the outskirts of Detroit to a town called Utica. As police describe it, basically, the wild west was unfolding right there in their very own streets. It seems like two parties had a heated difference of opinion and decided to take it to traffic. It’s not clear if it originally started as a road rage incident or had prior implications. However, the result is crystal clear. The driver of a Dodge Durango and Ford Fusion would be making their way through the city in their very own version of violent downtown Olympics. During this charade, shots were fired.

Eventually, obviously, the police would get involved to try and intervene. This is when one of the suspects would end up fleeing on foot and returning to steal a police cruiser. After the fact, we end with the results and the video below. The suspect attempted to make his way away from the scene of the accident in the cruiser but multiple other police officers were in hot pursuit. Eventually, this pursuit would yield a lot of damage but the suspect would be apprehended. Police say that those involved in this highly dangerous display are going to face the full extent of the law.