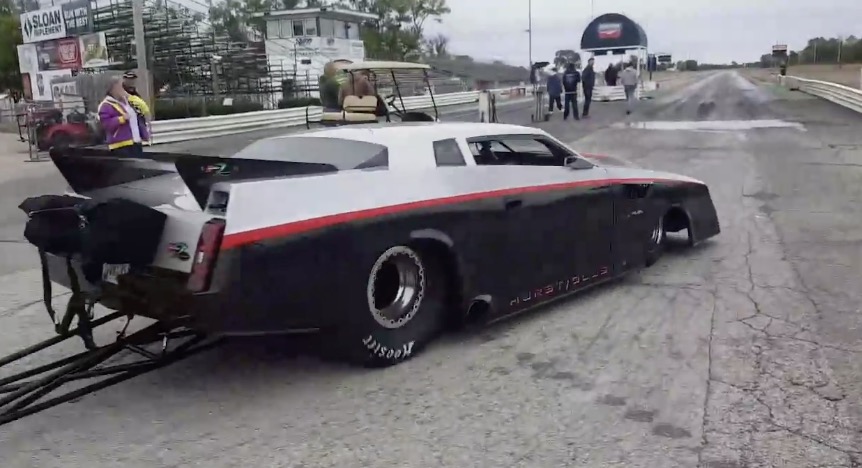 If you want to start a good debate on social media, just post up asking “What defines a ‘street car’?” and watch the comments come pouring in. I believe, at first glance, this car would fool even the most die-hard race fan when it comes to street ability, but that’s what makes it so amazingly cool.

This 1984 Hurst Oldsmobile, known appropriately as The Sorceress, looks at first glance like a full-on Pro Mod. When this video was posted on the Sorceress Facebook page, it drew a slew of comments questioning – and a few outright denying – the car’s plausibility as a street car. When you hit that play button below, I believe you’ll understand why.

However, if you continue to sort though the comments, you’ll find the page replying with several other videos of the car on the streets. Click through a few of them and watch the car being used very much as most of us would tool around in our daily driver, and you’ll immediately see that there’s much more to this car than meets the eye, and that line between street car and race car just becomes even harder to distinguish.

For example, the car has the ability to run anything from full race methanol to 88 octane pump gas without the driver or crew having to change anything. “How’s that possible?” many of you are asking right now. To sum it up, the team has enlisted the help of one of the most successful and innovative tuners in the world, Shane Tecklenburg. Shane has designed a flex fuel system that detects what fuel is in the car and automatically changes the tune appropriately.

The car cranks right up and idles like a dream, staying so calm that driver Don Speer has zero hesitation hitting a drive through, something made possible thanks to the car having power windows.

If he has to back out of a parking space, the massive rear wing would make the back window basally useless. Of course, if you have a camera installed in the rear of the car, that’s not a problem, and this car just happens to have one of those too.

So now, folks… tell me if this car qualifies as a street car or not? Hitting 183 MPH in the 1/8th mile would typically be a no, but hitting the Taco Bell drive through leaving the track might change you mind!