When playing with nitrous, drivers better make sure that they have all of your ducks ...

When playing with nitrous, drivers better make sure that they have all of your ducks in a row. After all we want our rides to reap the benefits of all of that power in the safest way possible. We’ve seen some people do nitrous in such a way that causes some pretty catastrophic damage. Sometimes, it’s simply unavoidable. We would think that Chuck and “The 55” have had plenty of passes go properly with nitrous. Every once in a while, though, something has to go awry when you race this much.

This time, we ride along at No Prep Kings in St. Louis. Unfortunately, the action is all happening right off of the starting line here. A massive ball of fire develops as The 55 undergoes a giant explosion at the line. It’s so huge, in fact, that it sends the hood flying in a bright and shining ball of fire that creates quite a sight to watch as the entire thing is captured on video by tomeighty. Luckily, that hood latch and those hinges decided to hold on for dear life! Otherwise, this one would’ve created even more chaos.

As a racer, this is probably about the last thing you want to happen on the starting line. At least the giant fiery backfire appears to be where the damage stops, though. The car didn’t catch on fire completely or anything like that, but this could have gone much worse than it actually did.

Check out the video below that shows off the experience, up close and personal. Try not to get too close because this one is hot! That had to cause quite the scare for the driver behind the wheel of this racing machine. In the other lane, it led Daddy Dave to collect the easy win. Hey, I guess that’s just racing sometimes, right!? 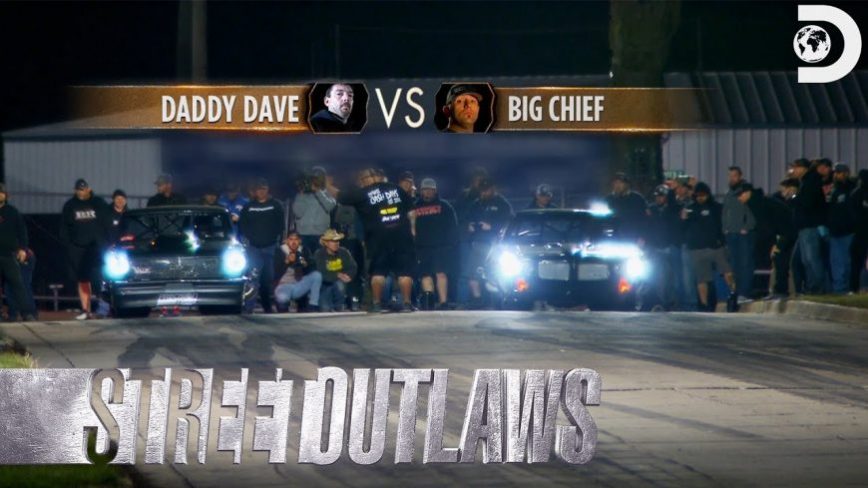