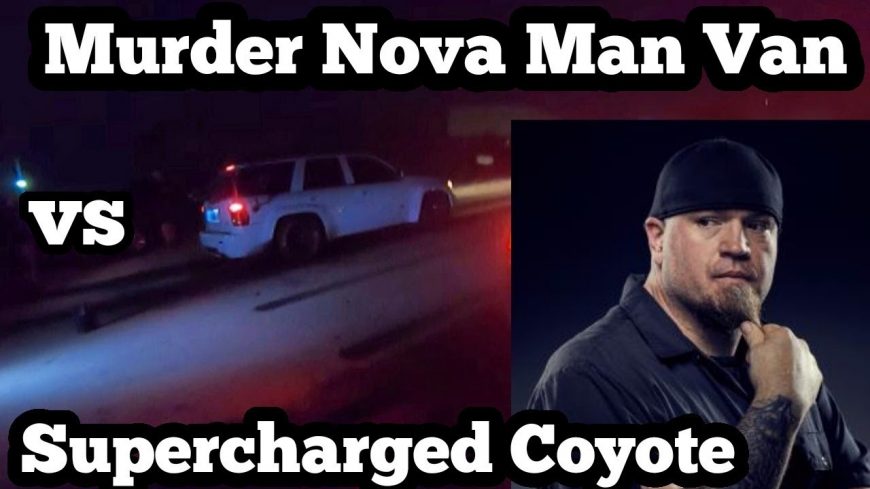 When it comes to the Street Outlaws, we know them best for what they most commonly drive on-screen. For Murder Nova, obviously that would be one of two all-black Chevrolet Novas that he uses to dust the competition on the streets. However, there’s another side to most of the Street Outlaws’ garages that we don’t see as much. We really find some of their other creations to be pretty interesting. Some of their daily drivers and tamer machines might resemble the toys in our own garages!

This time, we take a ride to “Mexico” to watch as Murder Nova stretches out the legs on one of his other toys. The machine in question this time is none other than the “Man Van.”

The machine started life as your everyday Chevrolet Trailblazer SS. We all know that the model is certainly a fun platform as far as the SUV goes. However, naturally, Murder Nova couldn’t leave this one alone. Instead, the truck has been supercharged to crank up the intensity. That’s a lot of weight to get moving but these big bad SUVs really get our adrenaline flowing!

This time, the truck finds its way to a road that was supposedly “Slick and had zero testing,” according to the National No Prep Racing Association. However, that didn’t mean that either driver was going to back down from the bout. In the opposite lane, we find a supercharged Coyote Mustang that was equally ready to throw down.

By following along with the video below, we get taken to the scene of the action. Not only did we get to watch Murder Nova line it up. We also get to check out another race go down as a blown Chevrolet El Camino takes on a Mitsubishi Evo.

Who will reign supreme in these battles? There’s only one way to find out!