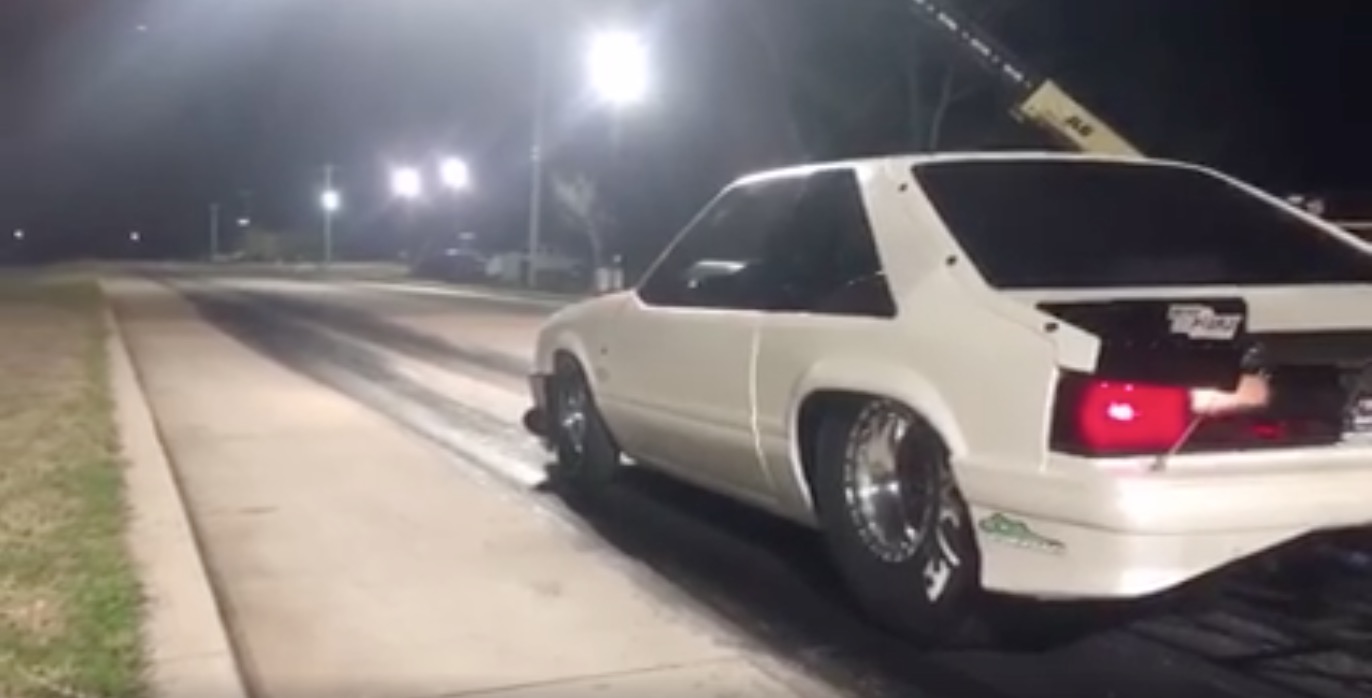 Ever since he decided he’d fought to fly the small tire banner long enough and made the swap to big tires, Chuck has had the Deathtrap Mustang FLYING.

The twin turbo small block powerplant always made a ton of power, but those small rear tires meant he had to keep it turned down to get down the streets with any hope of maintaining traction. Now that he’s jumped on the big tire bandwagon, the Deathtrap is biting harder than ever and Chuck has been able to crank up the boost, making the trademark white hatchback fox body a legitimate contender and threat to take the top spot on the 405 Top 10 list.

Check out his pass below if you need any farther proof that this car is no joke! Listen to the engine scream as the tires fight to maintain traction the whole eighth mile, sending the Deathtrap fading into the night with a quickness!

Ut oh, some one can 60ft on them streets!!!!!! Turbo's to the front #youwantedchuckyougotchuck #taking2017bystorm #pissedoffsmallblock

« 1966 Corvair With a “Reverse Body Lift” is The Coolest Build We Have Seen Yet!