Street Outlaws Dominator vs Doc Street Race! Did he Jump?

Street Outlaws Dominator vs Doc Street Race! Did he Jump?

When it comes to street racing, there are a lot of factors that go into a solid ...

When it comes to street racing, there are a lot of factors that go into a solid finished product. It’s not as simple as sitting out there, doing a burnout, and smashing the accelerator to grab the win. There’s a whole mental game that you have to play with your competitor that starts somewhere in the pits and ends with the flag going off and you trying to get the best jump possible to leave out to an early lead that could lay out the tone of the rest of the race. Getting down each and every step in the process is important to make sure that you go home with the victory. If you leave out one of the steps, there’s a good chance of the other person will snatch that advantage and take all the way to the finish line themselves.

In this one, we check out an episode of Street Outlaws as it’s filmed from the starting line when Dominator goes up against Doc and both parties are attempting to play the game best they can. At the end of the day, even though both of these guys are trying their hardest, there can only be one winner in a race format that spells out that if you jump off the line before the flashlight is illuminated, you lose, meaning that racers really have to stay honest and bring their best game to the table without going overboard.

Check out the video down below of the takes you to the starting line to see all of the action for yourself as one of these racers might have just left a little bit early. With a display like this, you really have to go back to the drawing board again and wonder what you can do better to make something like this not happen in the future. If this were a “chase is a race” format of racing, it might be another story entirely but that certainly isn’t what unfolded here.

What Happens When you Put Ted Nugent and Street Outlaws Dominator Together in a Cop Car? 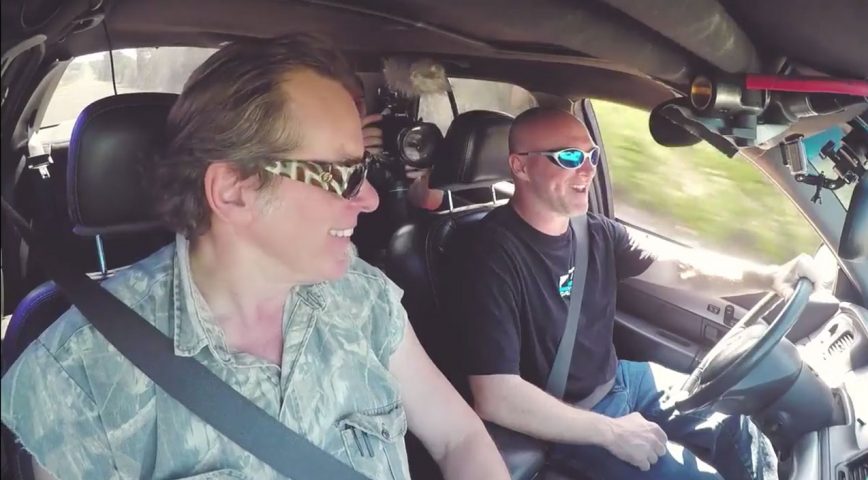