Before he made the swap over to his new twin turbo setup, Kamikaze Chris took the Elco eastward to take a shot at the big $60,000 winner’s cut of the purse. He drew one of the most unique and downright coolest rides in all of drag racing when he faced off with Tony Rizzi’s 1937 Chevy pickup truck. As if the truck itself weren’t unique enough, the wicked diesel powerplant truly sets it apart from the rest of the 32 car field.

Of course, Kamikaze’s Elco isn’t exactly your run of the mill race car, although you do see more El Caminos than you do ’37 Chevy pickups, even fewer of which are diesel powered.

However, as cool as Rizzi’s truck is, he had to know he’s a bit outgunned racing amongst the quickest street raced cars on the planet as well as some of the baddest names in no prep, but that didn’t stop him from coming to the line and throwing down with Chris. It looks as if the tree comes on while Rizzi’s truck is still rocking back and forth on the transbrake, something that does happen from time to time and can distract the driver. He was a bit late getting out of the hole, but even if he’d left with Kamikaze, the Elco just had too much power and traction for the diesel truck to keep up.

Kamikaze moved on to the next round while Rizzi headed to join the other eliminated racers to watch and see who would take home the cash at the end of the night. 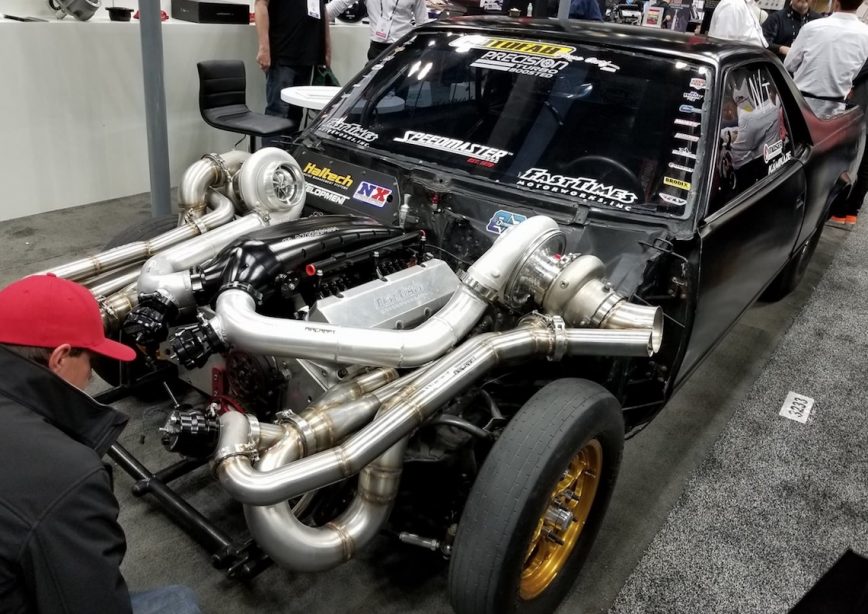