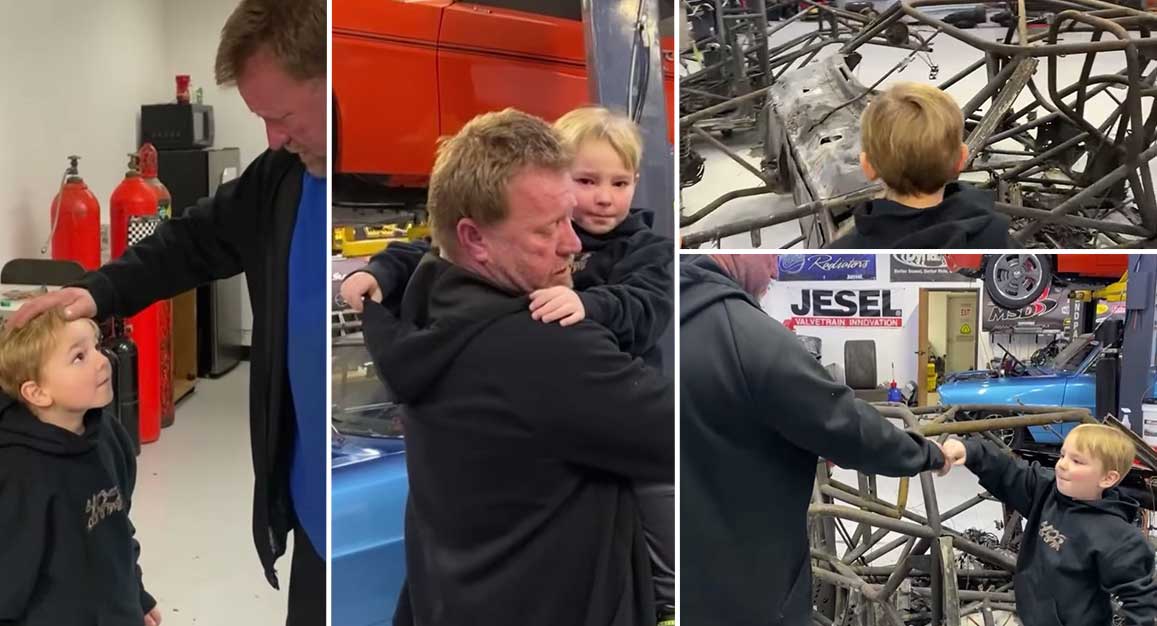 Sometimes, it can be easy to get lost in the competition. With competitive blood in our veins, we can’t help but love all of the jaw jacking and drama that comes with street racing. It just seems to be in the DNA of most racers to be incredibly competitive. However, what makes the community so tight-knit is the human element of it all. As much as we have that competitive fire in our bellies, the racing community often seems like one where the biggest rivals would come through for each other if there were to be a time of need. Every once in a while, that human element shines through and we can see what racing is all about.

This time, we check in with that very human moment brought to us by James Goad aka “Reaper” from Street Outlaws. In this moment, things weren’t exactly all sunshine and rainbows. In fact, Reaper found himself having to break some pretty ugly news to his young son.

Back in the late months of 2020, Reaper was traveling with two of his cars in his stacker trailer when a fire would break out. Unfortunately, this fire would end up consuming both of the machines beyond the point where they were recognizable. After getting things back to the shop and figuring out where the circumstances stood, eventually, he decided it was time to show his young son exactly what had happened.

As it turns out, the young man had quite the attachment to the cars himself and he seemed a little bit shaken up about what he had just learned. However, the little guy truly showed the spirit of a racer when processing what had happened. In fact, one of his first reactions to dad was to ask if they could rebuild the cars.

Realizing how big of an uphill battle this will be, Goad was hesitant but eventually reply to his son that he thinks that Reaper could be brought back to life once again. If that’s not a lesson in finishing what you started, we aren’t quite sure what it is. It isn’t often that we can convey exactly how much heart and soul goes into the cars that we build. However, seeing this youngster react to the car really conveys the passion invested by many in the craft of racing.