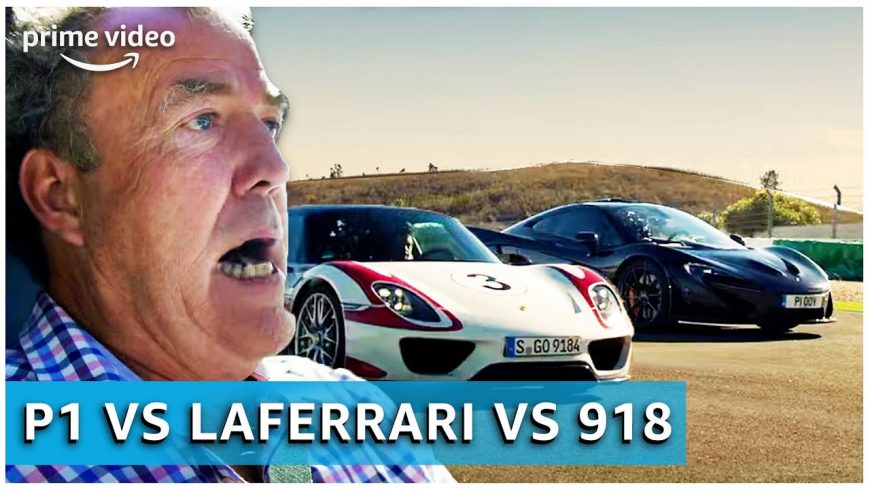 There aren’t a whole lot of us who will be put in a position of figuring out how to spend our millions of dollars on a car. However, for those who might be interested in figuring out the answer to which car is best, anyway, shows like The Grand Tour take us inside of these sorts of automobiles.

This time, we get quite a special treat as our presenters that we’ve come to know and love in Jeremy Clarkson, James May, and Richard Hammond are getting behind the wheel of some of the most impressive cars that money can buy these days.

Up for discussion, this time, we have the likes of the Porsche 918, Ferrari LaFerrari, and McLaren P1. Each one would make quite a ridiculous addition to just about any garage but what if you only have the money for one? Which one of these machines would be the best of the group that is the no brainer decision to add to your collection?

In this particular throw down, we watch all three nameplates take each other on in a variety of different tests. After giving us their thoughts on these machines, our presenters take it upon themselves to sling them around the track a little bit and even take them head-to-head in a drag racing scenario. We’re not sure that any of these machines were exactly created with drag racing in mind, however, our imagination definitely wants to take them there.

By following along with the video below, we get to watch the dream cars throw down with one another. In terms of automotive presenting, this is probably why these three ended up getting into the job in the first place.  With all of these machines costing close to $1 million or more, this is the exact definition of a dream job!