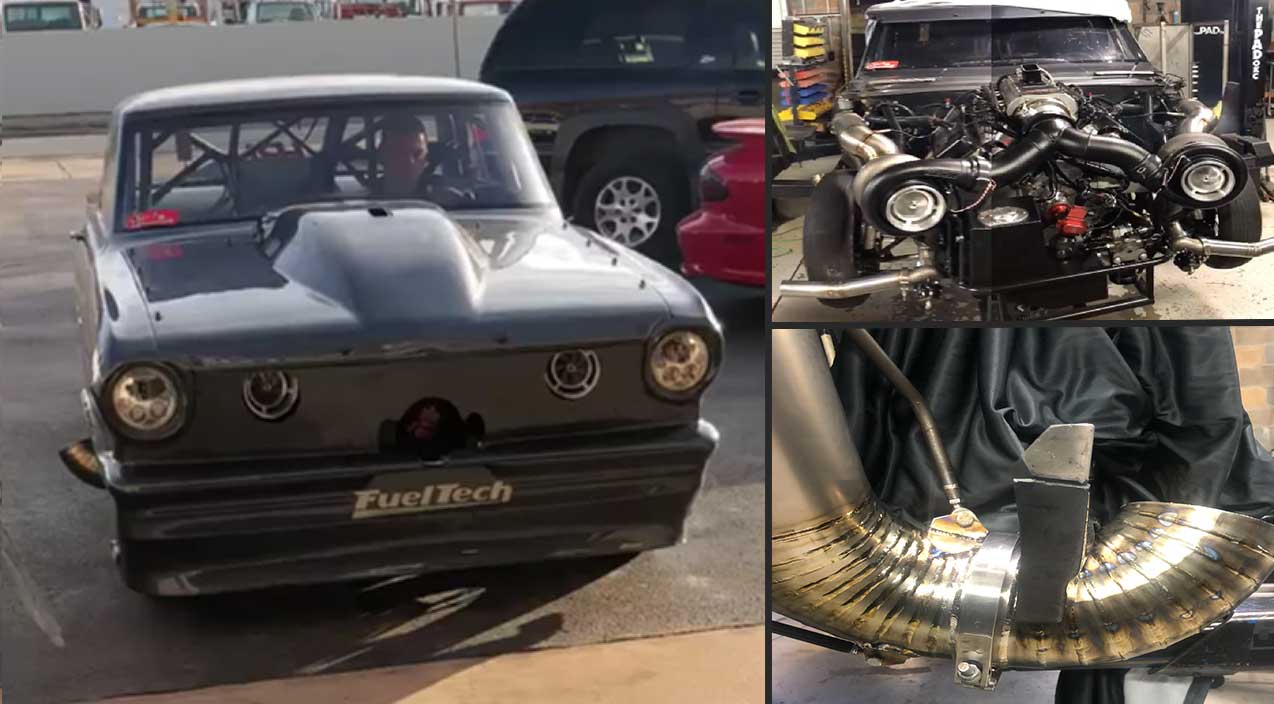 When Street Outlaws started, we all “met” Daddy Dave as the driver of the Sonoma, the nitrous-powered pickup that he raced to the #1 spot on the 405’s Top 10 List, where he spent quite a bit of time over the first few seasons of the show.

However, the Sonoma belonged to Jackie Knox, and Dave decided he wanted to do his own thing in a car that was his, so he got to work building Goliath, his nitrous-powered Chevy II that would also come to rank as one of the most formidable rides in the Street Outlaws ranks. After having to replace pistons far more often than he’d like, the lifelong nitrous runner decided it was time to try something new, so he built a fairly standard big-block Chevy with a massive ProCharger and ended up running really well with that combo, proving that he was going to be fast, no matter what combination he was running.

As is always the case with heads up racing, though, more power was needed if Dave was going to run up front, so he had iconic engine builders ProLine Racing Engines build him one of their badass 481X powerplants and installed an upgraded ProCharger to ensure he could stay at the top of the heap, especially after getting more and more track time in the no prep scene.

Now, despite often being quoted as saying he would never run turbos, Dave has made the switch to a badass twin turbo setup, giving him, even more, horsepower potential and more precise control over the tune to help manage power on those less-than-stellar surfaces. We have footage of the first fire-up of the new combo and thought you guys might like to see what Goliath was going to be looking like the next time the car hits the track.

With 2019 just gearing up, we should see plenty of the new setup out there soon, starting with a dyno tuning session on FuelTech’s in-house dyno, where the car will be tuned before hitting the track!

« Everything We Know About the Tesla Roadster (So Far)