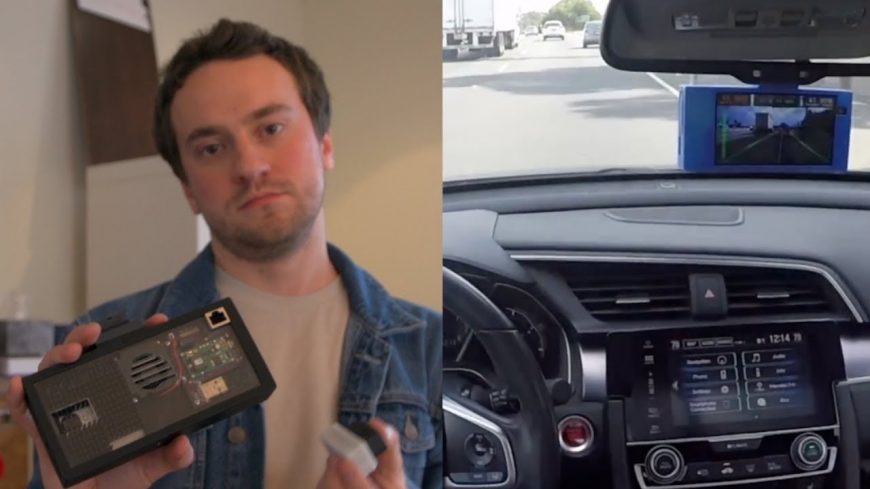 These days, in automotive technology, one of the hot topics of discussion is being able to make a car drive by itself. Now, as we have seen, it’s not exactly a technology that has been executed on the highest level yet. In fact, there is even a grading system that goes alongside such features. On a scale of 6, which is a pretty much perfect platform, most systems today have seen a level 2. Basically, this means that they’re able to drive under human supervision. It seems like the ideal metric to achieve for these vehicles would be about a 4. This means that the vehicles would be able to drive autonomously under most conditions.

As of right now, the only mainstream methods of autonomy in vehicles seem to be those that come within the cars as they roll off of the assembly line. However, that isn’t to say that other companies aren’t out there taking a crack at it. There are plenty attempting to bring their very own version of the technology to market.

This time, in fact, we check out an interview with the individual by the name of George Hotz. Hotz has become known for being the first one to jailbreak an iPhone. This “Super Hacker” of sorts also has other achievements under his belt such as hacking into a PlayStation and making it support all sorts of software that Sony never intended it to. Sony decided to sue him for this.

One of his latest projects engages in the pursuit of bringing autonomy to just about any vehicle at a reasonable price. By following along with the interview below, we get to pick Hotz’s brain. The way that he sees it, not many reasonable methods of implementation exist. We’re speaking, of course, about methods outside of integrating the tech from the factory. He believes that eventually, though, he can create some sort of program so that folks will be able to run autonomous driving through their phones. If that’s not convenient, we’re not sure what is.

« What It Takes To Fly Goodyear’s Famous $21 Million Blimp