If there is something that we could definitely get behind, it’s the reemergence ...

If there is something that we could definitely get behind, it’s the reemergence of performance truck competition. It seems like, long gone are the days where companies were jocking for position to make the most powerful trucks. In this day and age, it seems like automakers are more focused on removing passion and going for the dollar. Sure the small and basic cars that are good on gas are basically a license to print money. Obviously, with the rapid fluctuations and tight margins of the auto market, they need to raise their bottom line, too. However, it could be argued that adding a little bit more passion instead of just chasing down dollars with the most generic cars possible could be a way to inject excitement back into buying vehicles once again.

In the truck market, Ford has been making waves with their performance platform. It seems like the SVT Raptor has found a way of catching on. In the most recent rendition of the truck, we see the 3.5L twin-turbocharged power plant. We think that some enthusiasts are still yearning for the last time a Raptor had a big screaming V8. For those who are in this camp, it looks like their day in the sun might actually come sooner than they thought. Let’s just say that Ford is rumored to be planning something really exciting in that vein.

Even though the 2020 Shelby GT500 hasn’t even come together yet, there’s already talk about slapping the engine and other platforms. In fact, we aren’t even sure exactly how much power this engine is going to make. Ford has told us to expect north of 700 hp. Beyond that, we haven’t heard much of anything specific.

That hasn’t stopped multiple sources from telling the guys at Car and Driver that the engine will be available as a sendoff for the current generation of Ford F-150. It’s allegedly going to be wrapped up in a package called the “Super Raptor”. For those looking for a little bit more juice with the Raptor, 5.2L of supercharged v8 power should provide just that punch. Who knows? If all goes well, maybe the supercharged v8 will become an option once again.

With Ram rumored to be producing a Hellcat powered Rebel TRX, maybe we’re looking at a horsepower war forming between automakers once again. Instead of muscle cars, though, this time we’re looking at pickups. Yes PLEASE! As performance fanatics, the news is certainly trending in the right direction. 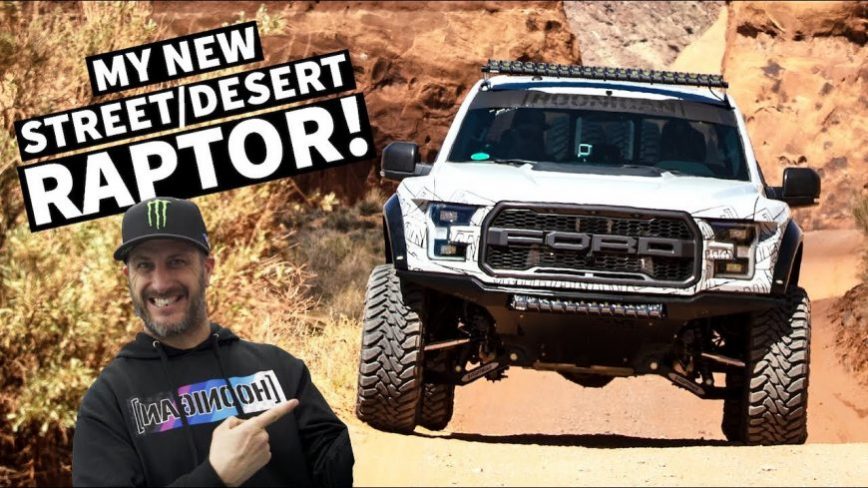