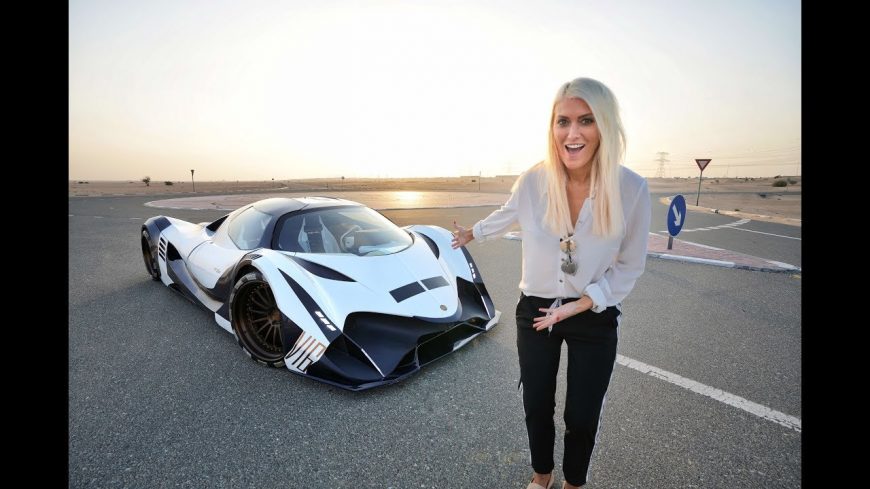 If there’s one machine that you can say has stirred up its fair share of controversy, the car that would definitely fit that bill would be the Devel Sixteen, a machine that we have seen claims of 5000 hp from but have never really have been given any sort of real-world results for. With these high claims also come promises of over 300 mph with the middle of the three trim levels and when you consider the fact that it’s all coming from a small startup, it almost seems like a joke. On the surface, with all that we’re used to seeing on the web these days, it almost looks like an elaborate marketing scheme in some shape or form.

This time, we get the opportunity to see if the car can actually live up to the hype. Is this mysterious and flamboyant hypercar all that those behind it have hyped it up to be or will it fall flat on its face trying to keep up with all of the expectations. While building hype around an automobile can be exciting, you have to remember that the bigger they are the harder they fall when people are expecting a giant, which has certainly been promised with this car. Hopefully, though, it’ll be able to live up to it all!

Follow along with the video below that shows off one version of this soon-to-release hypercar as piloted by Supercar Blondie that has been in the rumor mill for quite some time now. After soaking all of this in, tell us what your take is on the Devel Sixteen and if you’re buying into the hype that goes alongside this machine that has some pretty lofty promises to take on. It’s going to be neat to see these things more commonly once they eventually release and fall into the hands of enthusiasts everywhere!