A Swamp Boat Powered By A Duramax Diesel? Yes Please! 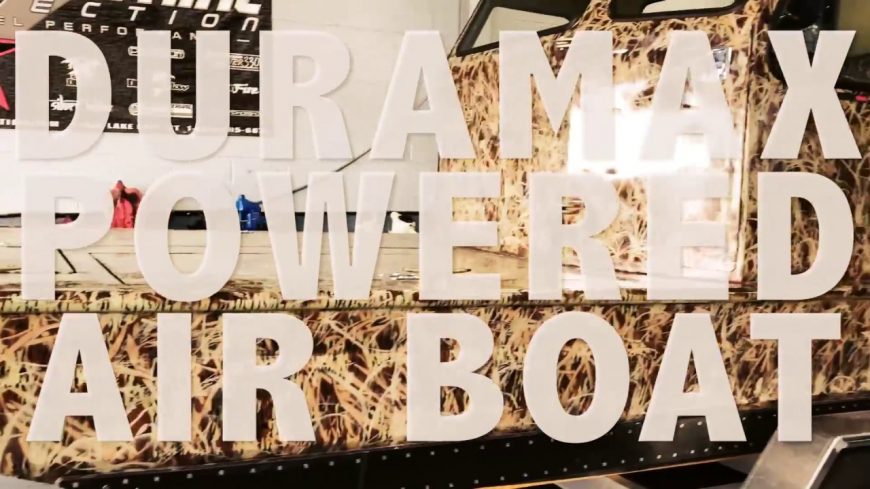 For those who dig deep enough into the internet, there are tons of interesting combinations to be found. Whether it’s a race car powered by some sort of obscure power plant or maybe a common swap found in a mud truck, there are different strokes for different folks that can be found just about everywhere. This time, we check out a platform that not too many folks are probably familiar with but, when reading the details, they might just fall in love. Sure, not to many people would go out of their way to check out a swamp boat but with one like this, it might just draw a couple of more eyes.

Instead of some sort of generic power plant that one would traditionally find it such a boat, this one has something special going on. In order to power that massive fan that gets the boat going, Duramax diesel power was enlisted. It’s not just any Duramax, though. This thing has been built to the hills. The engine has been gone over from top to bottom making sure that it has everything from stronger rods to a better head were put in place. All of that is complemented with an S480 turbocharger that really cracks up the boost, making this thing ooze out some major power. It has to be an absolute blast drive.

While the Duramax power is certainly the main attraction, it isn’t where the offering stops. Up front, we find a set of built-in headlights and plenty of decoy storage for those who enjoy hunting. Honestly, before checking this thing out, we never had any idea that folks would deck out airboats to this extent. It really looks like a lot of elbow grease and thought power went into making this thing as cool as it could possibly be, though.