Swan Gang Calls Out EVERY No Prep Kings Competitor! 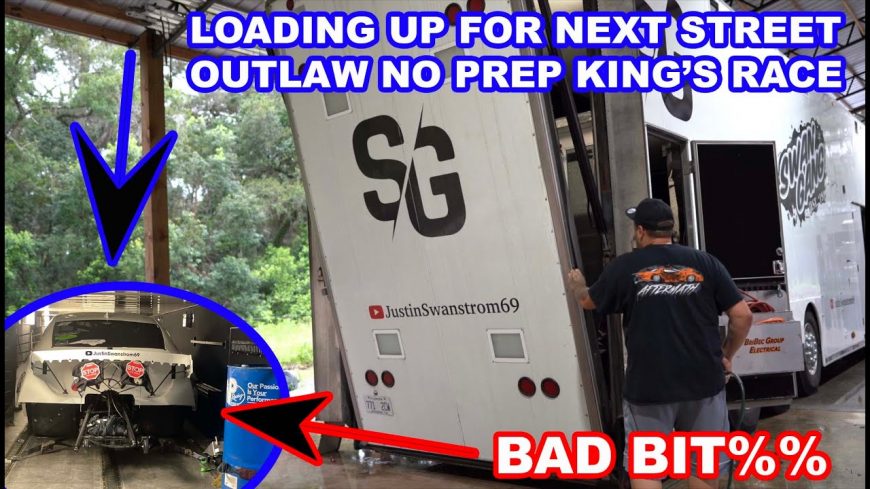 When combining the drag racing community with Facebook, things can quickly become a little bit of a pressure cooker. As we all know, people are a bit more willing to talk smack on social media than they are in person. Throw that in with the already boisterous community of folks that get behind the wheel of crazy machines to go head to head and we have ourselves a show worthy of popcorn.

Apparently, Facebook has gone and got under the skin of Justin Swanstrom and Swanstrom wasn’t about to just stand by.

Following the last No Prep Kings events from which Swanstrom went home with the crown, apparently, the talk fired back up immediately. From what he tells us, Swanstrom was accused of not being willing to take on a grudge race. Therefore, he decided to take things into his own hands and open things up a little bit.

As the “Swan Gang,” as they call themselves, was preparing for the next upcoming NPK event in Epping, New Hampshire, Swanstrom made quite a bold proclamation.

In the midst of the vlog video that shows the crew preparing for the next event, a grand call out was made. In order to clarify things, Swanstrom told the camera that he is ready and willing to race anyone on the invite list that wants to grudge race him. He also tells us that he will be prepared with his money to toss some bets on the action as well.

Down in the video below, we check out the latest from the most recent NPK winner as he prepares a push forward toward the next event with an “X” on his chest. Swanstrom has taken home a win and now it really seems like he’s ready to prove that it was no fluke and that he’s here to stay.