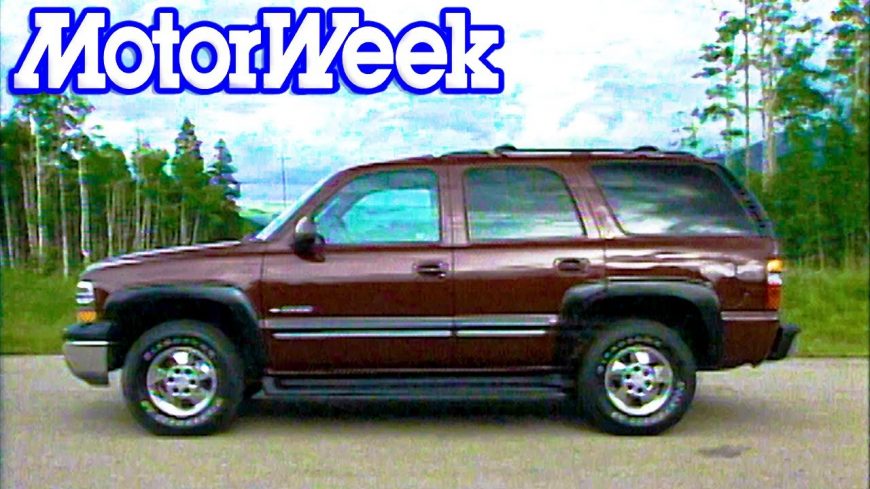 It seems like it was just yesterday that we were welcoming in the new millennium. However, as crazy as it might be, the year 2000 was already 20 years ago! Over the last two decades, things have moved rather quickly in just about every segment that we regularly interact with. From our cell phones to our automobiles, all sorts of new tech has evolved and gotten us to a place that we might have never even been able to imagine in the year 2000.

While things were a little bit more basic back at the turn of the century, there is a certain level of nostalgia that’s associated with the era that we just can’t ignore. Seeing some of the machines from back then in a brand new format really brings us back to a time when we got excited about the simple things.

This time, we check in with a MotorWeek review that really takes us back and puts us in a frame of mind from this simpler time. The review in question takes us on a tour of some of our favorite General Motors SUVs from the time including the Chevrolet Tahoe, Suburban, and everything else from GM as erected from the architecture.

By today’s standards, these rides are definitely dated and look pretty basic. However, at the time, this was the cutting edge and we had no idea what was in store for us. It was pretty easy to get excited about these new releases back then just like it is today. Thankfully, through the power of YouTube, we are able to check in with the old MotorWeek review that takes us back in time!

After checking out the video below, tell us which vehicle you were excited about when it was released back in the early 2000s. It was certainly a great time to be an enthusiast!

« The Legendary “Top Secret” Toyota Supra Takes on the Nürburgring