Take A Look At the Dodge Charger Packing The 1,000 Horsepower “Hellephant” Crate Engine 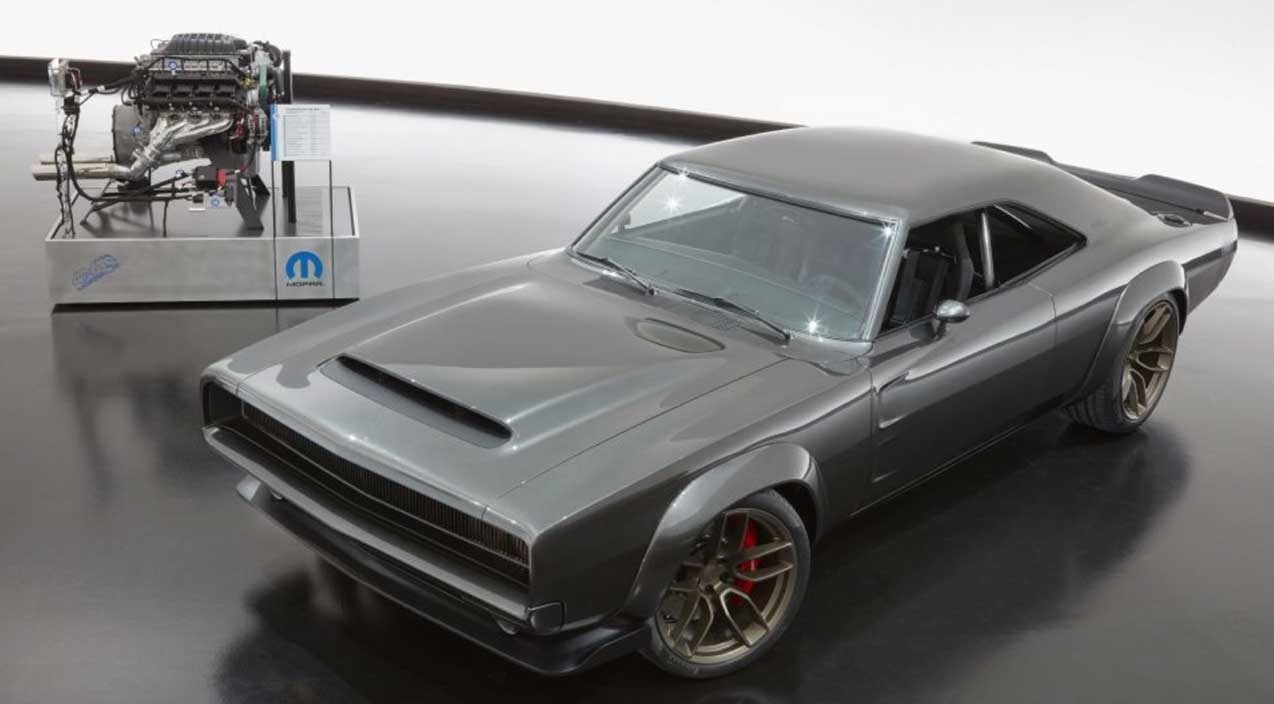 When it comes to SEMA, you expect to see big and exciting things from the aftermarket and major automakers alike. Yet again, Dodge came through at the massive automotive trade show in a way that they’ve managed to do year after year as of late. Perhaps, the surprise that they had waiting for us all at SEMA 2018 was even bigger and badder than the releases that we’ve seen in years past as they managed to up the power once again and tie it all up with a bow as a crate engine that you can get your hands on if you really want to!

This time, with the release of the “Hellephant” crate engine, we get to see Dodge’s traditional supercharged style except changed up a bit. If you want to learn more about the 1000 hp powerhouse, you can see that here. However, this time, it’s all about watching and listening to hear what exactly this monster of a motor is going to sound like when it gets a little bit of throttle thrown in its direction. After all, sound is one of the most sought-after aspects of an engine after its performance. Long story short, this thing sounds as amazing as you’d expect.

If you follow along with the clip below, you’ll get a quick glimpse of the “Super Charger,” the 1968 Dodge Charger that was sporting this new powerplant at SEMA, as a bystander who was recording gets the guy behind the wheel to throw us a couple of revs and we’re glad that he did because this thing sounds incredible! Now it’s just a waiting game to see where these combos end up and how well they do when push comes to shove. If they fall in line with everything else that Dodge has been putting out recently, we’re sure that it’ll be a hit!