If you’ve got any sort of eye on the automotive industry in general, you might ...

If you’ve got any sort of eye on the automotive industry in general, you might have an idea of how dominant the LS series of engines when it comes to pretty much any topic of conversation surrounding performance. It could be drag racing, off-road performance or, in this case, even land speed records that are in question and some sort of LS based power could be in the conversation. Those who have found themselves to become LS enthusiasts will probably cite this well-roundedness as one of the things that has made them fall in love with the way that this engine acts.

Now, obviously, when you’re putting together an engine to try and set some land speed records, it’s not going to be the same as one that’s put together for street use, however, it might share a little bit of the same lineage. Therefore, you might wonder what one of these engines, that makes over 2600 horsepower can be pushed to over 460 mph, looks like. After all, it can’t be that similar to what’s under the hood of your street rod… Or could it be?

If you follow along with the video down below, you’ll find that the guys over at Hoonigan do their best to crack into this high-speed monster of an engine, learning a little bit about the components that might be similar to what you’re used to and some that have been beefed up a bit to be able to handle all of the hate that’s going to rain on this engine once the throttle is pushed down and it’s given the beans. Some things to consider with something like this is that has to be running at high rpm for an insane amount of time when you think about how long it’s going to take to reach over 400 mph. When you consider that this thing will be cranked out for that long, it becomes even more impressive. 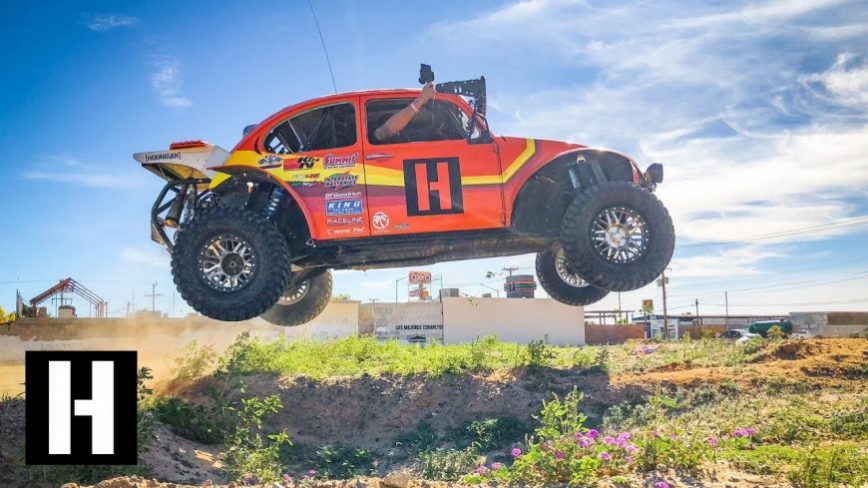