Take a Tour of Dale Jr’s Former Motorhome – He Actually Lived in This Thing! 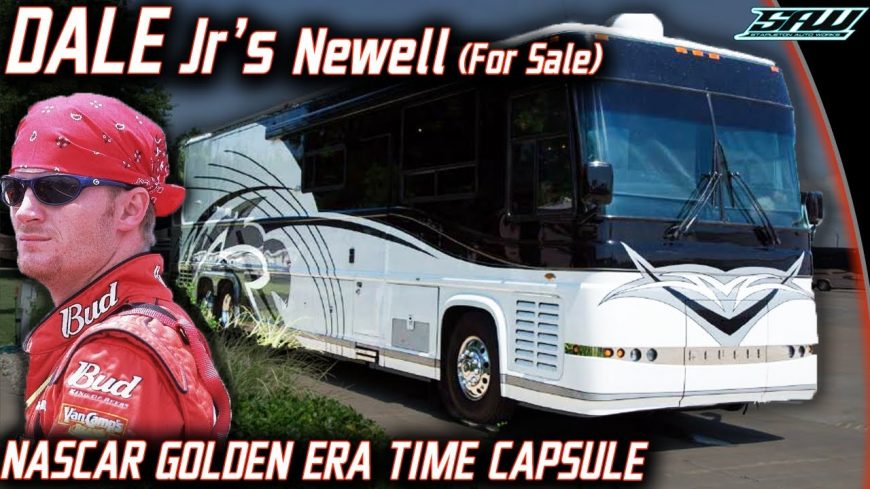 Over the past couple of months, our friend, Mitchell Stapleton, a.k.a. Stapleton42 on YouTube, has gotten himself really familiar with the world of motorhomes. Through the course of shopping for his very own RV, he has definitely come across some interesting candidates.

We even featured the time that he took us on a tour of Dale Earnhardt Senior’s motorhome which you can check out here. He even tried to make a deal on the coach but couldn’t come to terms with the amount of work that he thought it needed.

This time, Stapleton is back at it again with another find that we find rather interesting. With motorhomes like this, sure, the luxury onboard is appealing. However, the real story is the celebrity ties. For those who are fans of NASCAR, you’ve probably watched Dale Earnhardt Jr. race weekend after weekend for years. As one of the sport’s more popular drivers, what did his life look like off of the track?

For most drivers, they don’t exactly get very much time to go home during the season. With that, they’re probably going to spend a good amount of money on creature comforts on the road. If there’s one thing that could make somebody a better driver that nobody would expect, it’s the use of a high-quality motorhome. There’s nothing like a good night’s sleep to really make a driver the most effective that they can be on the track.

By following along with the video below, Mitchell gives us a guided tour of what things looked like for Junior at the track when he wasn’t on the racing surface. It’s almost kind of a little bit magical, as corny as that might sound, to see how a racing legend was living during his reign. If these walls could talk, we’re sure that they would definitely have some pretty cool stories to tell. Just imagine the quality of drivers that probably spent time hanging out in between these walls.