Taking Delivery of the Most Expensive Mustang Ever Made 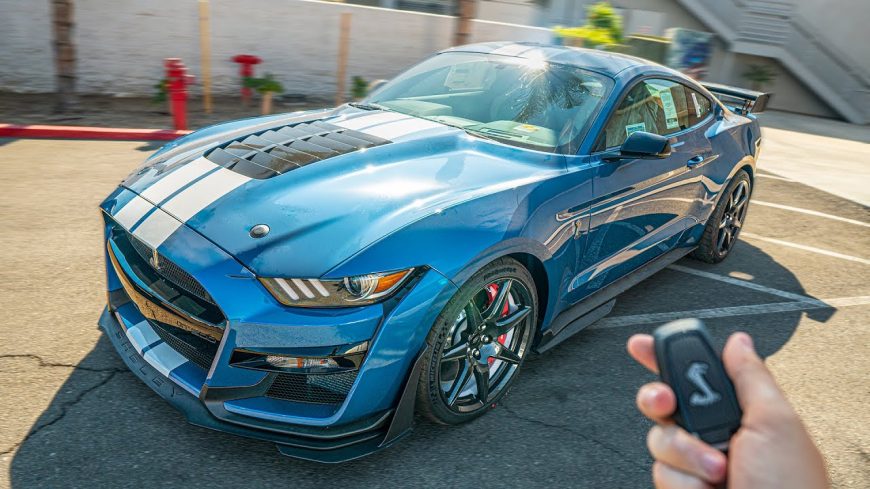 If there’s one interesting phenomenon that we can’t help but notice, it’s that American cars are quickly closing the gap between themselves and exotic cars. In some cases, many offerings from America have surpassed some offerings from exotic automakers. Agree or not, there’s definitely a debate to be had these days while maybe just a couple of decades ago, there was no conversation to even bring up.

In newer muscle cars, we find everything from the advanced suspension to carbon fiber all over and some of the most efficient, high horsepower engine combinations that one could possibly imagine. As the top-tier of muscle cars march closer to 800 hp, it’s only a matter of time before the base models catch up as well. In fact, we wouldn’t be shocked if, within a couple of years, we were talking about the possibility of a 1000 hp muscle car trim level.

This time, we take the opportunity to check in with the most expensive Ford Mustang that has ever been made. Traditionally, the idea behind the Mustang seemed to be a muscle car that more people could afford. Because of the attractive offering combined with the low price that Ford was able to offer, it has become one of the most popular cars of all time. These days, though, some of the higher trim levels can get rather pricey and with a higher asking price naturally comes a pretty awesome package.

Below, YouTube creator, Speed Phenom, takes us along for the ride as he takes delivery of his $116,000 carbon fiber track pack Shelby GT500. The GT 500 has always been a machine that dreams are made of. In this particular example, though, those dreams are taken to the next level. If you’ve never laid eyes on this particular mustang, it might just be one to really raise your expectations of Mustangs in general!