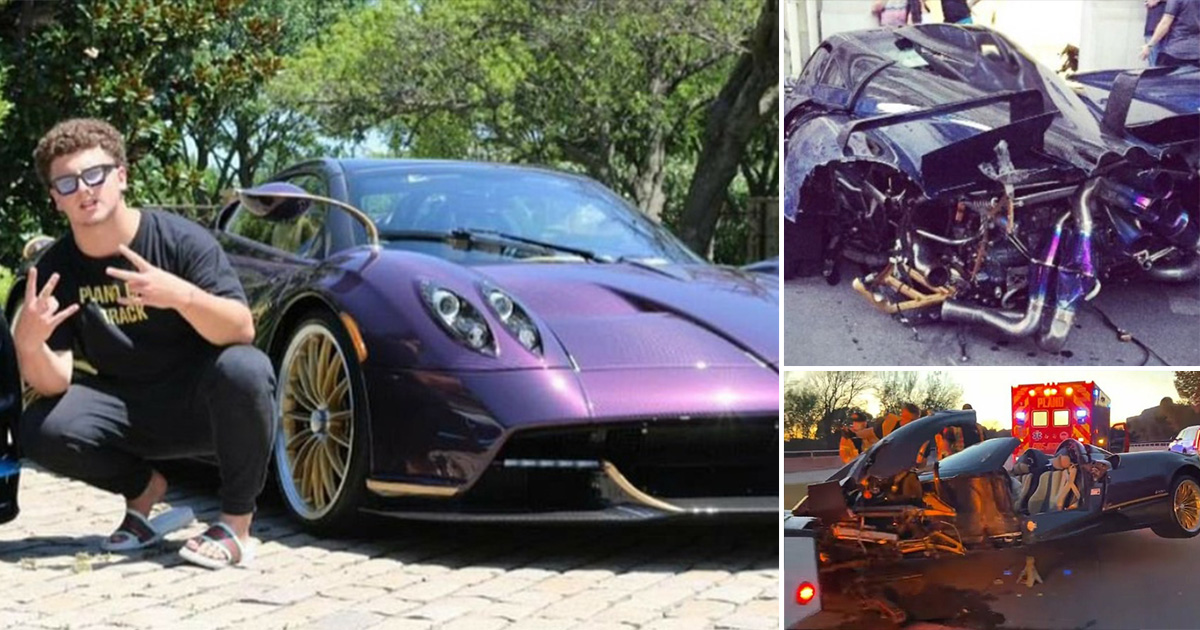 When we all were young, we wanted to get behind the wheel of just about anything that goes fast. Unfortunately, though, in our teen years, most of the time, it’s a lot easier said than done. As it turns out, insurance rates skyrocket for younger drivers behind the wheel of fast cars, and therefore, it’s just not attainable. When paired with the fact that most youngsters don’t have a lot of money, we usually end up wheeling something boring in our younger years.

While most of us probably had our reckless days as younger drivers, the majority weren’t having those days behind the wheel of hypercars. When we take a look at a situation like this, we have to realize that most young drivers are going to end up in some sort of dangerous spot. Heck, plenty of us has wrecked cars as young people. However, it’s hardly ever amplified because most of us never crash a seven-figure car or even have the opportunity to drive such a car, even as adults.

When a multi-million-dollar hypercar was wrecked, it would raise a couple of eyebrows.

The internet quickly got to work trying to figure out what the situation entailed when images of a wrecked $3.4 million hypercar began to circulate the web. From what we have gathered, this particular Pagani Huayra is the only one of its kind in America and believed to be one of just two worldwide. The car has been identified as one that’s a part of the collection of Tim Gillean, a private equity firm founder who is said to be a billionaire. Behind the wheel, though, is said to have been his son Gage who is a 17-year-old YouTuber that has apparently been seen behind the wheel of the car before.

Luckily, nobody was seriously injured in the incident. However, It’s not so hard to see why this situation has stirred up its fair share of attention.