When mulling over the electric car, it’s easy to forget that these things could ...

When mulling over the electric car, it’s easy to forget that these things could serve a much larger purpose than solely living as a consumer vehicle. Surely, Tesla is doing its part in not only helping out the environment but also adding dollars back to the pockets of the consumer who purchase the car. It was only a matter of time, though, before we’d start to see the Tesla and other electric cars make waves as they’d push their way into the commercial sector as well. Over the lifespan of these cars, who knows how much money could be added back to the pocket of those who choose to invest in electric technology? On top of that, we also consider how many greenhouse gas emissions will not be omitted by the cars that they replaced.

One of the first to get on board with such an idea is actually an effort that could go a long way toward saving the taxpayers a little bit of money. The home of the Tesla assembly factory in Fremont, California has their police department on board and getting in on the electric craze. By implementing a Tesla Model S, they hope to have a more efficient fleet in the coming years as they test out the concept.

CCN.com laid the stats on us, saying that the department’s initial investment in the Model S would be $61,478.50, a substantial about more than the $40,000 or so associated with bringing on another Ford Explorer, which the department is currently donning. However, as one could probably imagine, over the years, eventually, the cost of the Tesla begins to move toward the cost of the Ford, closing that $20k gap as maintenance and fuel for the Ford are expected to be around $47,000 over 5 years, while Tesla should cost about $4,447 to be outfitted properly and promises fewer maintenance expenses.

Whether or not the electric technology will ever pan out long term for law-enforcement is yet to be seen. However, that isn’t going to stop Fremont from giving it the old college try.

Electric COPO Camaro Does Wheelie On It's Maiden Voyage 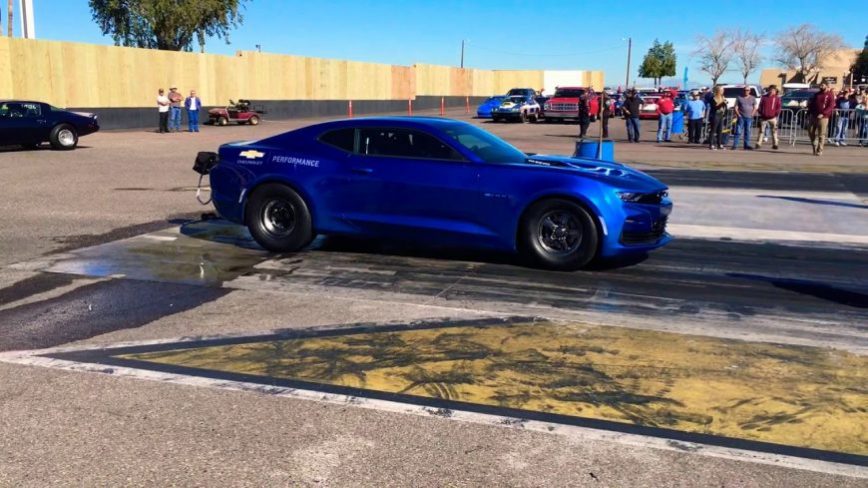