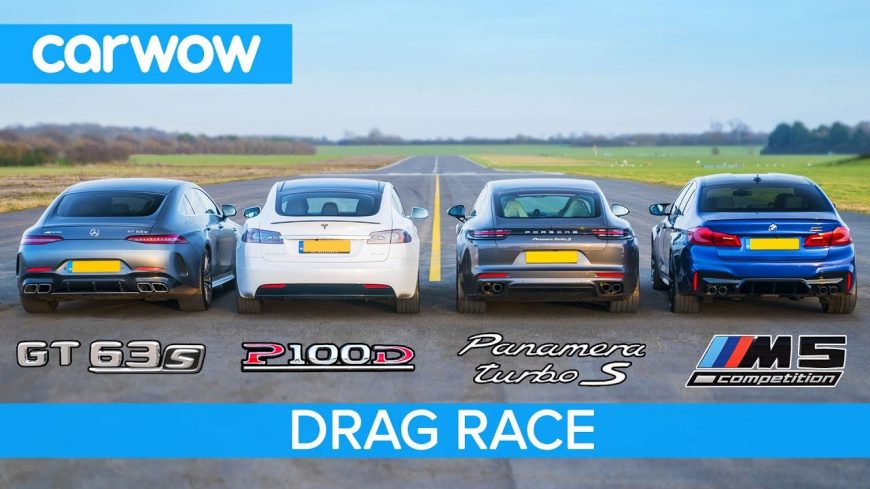 It seems as if it’s very early on in the battle. However, the day is coming when electric technology and gasoline-powered vehicles are going to be going at each other’s throats. Naturally, so far in the evolution, the Tesla Model S has been compared to just about every luxury car that we could imagine. It’s certainly for good reason. The Model S not only steps up to the plate in terms of luxury quality but also performance abilities. Most would’ve thought, prior to Tesla’s release, that an electric car would be just some sort of slow economical money and fuel saver. However, the Model S really debunks that. Instead, we have seen quite the performance heritage coming from the battery power offered up by this Tesla model.

Now, surely, as we just gloated over it, Tesla has a lot to offer terms of performance. However, will it step up to the plate and play ball when it comes to comparing it to some of the most established performance figures in the industry? After all, Tesla has really only been producing cars for less than a decade. Is there any way that when compared in drag racing, rolling racing, and brake testing that it could hold its own with established performance figureheads?

By following along with the video below, we get quite the comparison to find out just that. In the video, the Model S steps up to the plate and goes head-to-head with a variety of respected nameplates. Among these nameplates are the Mercedes AMG GT 63S, BMW M5, and Porsche Panamera Turbo S. It’s pretty neat to see these inter-platform battles going down. As time goes on, who knows? Maybe even the BMW, Porsche, and Mercedes will eventually make use of electric power in these platforms as well. – carwow

« When An Automotive Loving Friend Passes Away, This Is The Send Off We Hope For!