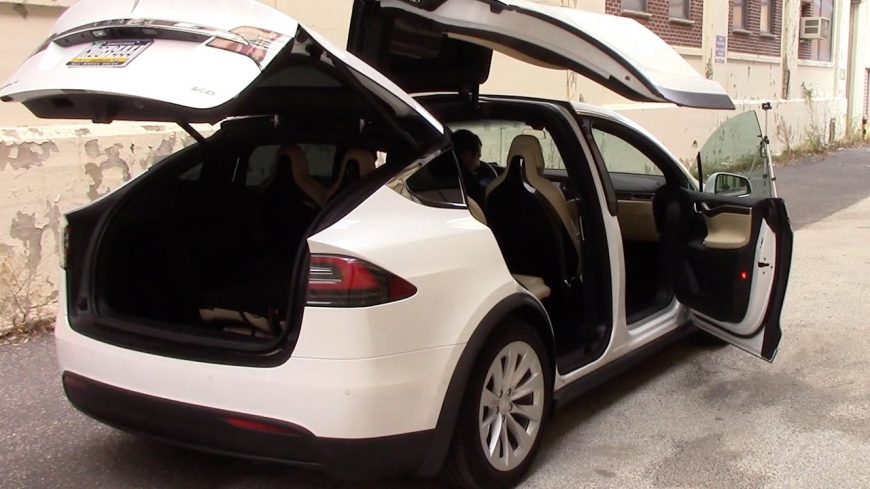 When you think of car companies that are really revolutionizing the way that personal transportation is done these days, nameplates like Tesla probably pop into your mind. It just seems like the company is trying out so many different things that many would’ve considered to be a fantasy just a couple of years ago. However, with a full head of steam behind them and some really interesting ideas, Tesla is pushing the envelope on what can be accomplished with electric vehicles, machines that have most definitely found their way to become cool.

In this one, the topic of discussion is the Tesla Model X, a crossover SUV that is taking a stab at the luxury electric game. As you can imagine with any Tesla vehicle, this one definitely has its fair share of quirks and unique features. Did you really expect the company that is trying to revolutionize the way that electric cars are viewed to implement all sorts of “normal” features? Yeah, we were kind of expecting that there would be some weird odds and ends thrown into the equation too, and they’ve done just that.

From the way that the doors are operated all the way down to how exactly you start a Tesla like this one, the unique features just keep on flowing. It’s almost like someone took a stab at creating the most exotic and outrageous vehicle that they could, only to actually put those features into production. Many times, you will see features like those seen in the Model X nixed somewhere in between concept and production, only to be dialed back and made blander in the actual production version. However, dialing it back isn’t something that Tesla seems to be all that interested in as they’ve really become a company that has us eagerly awaiting what’s coming next.