Every once in a while, if you take a look at a situation or the way that certain ...

Every once in a while, if you take a look at a situation or the way that certain people think you can’t help but scratch your head, wondering exactly where they get their energy for some of their ideas. The perfect example of this is a group of people who seems to think it’s funny to sling hate toward those who own electric vehicles. We’re all for a good debate but this one doesn’t seem to make much logical sense.

However, across the Internet, whether it be for juvenile comedy or people who seriously should get themselves looked at, we have seen situations popping up all over the place where individuals like to block off the electric supercharging stations that Tesla owners make use of in order to give their batteries a little bit more juice. Whether or not it makes very much sense, it’s certainly a growing epidemic and this Tesla owner decided to put together a little bit of a test to see if there was anything he could do about it should he run into a situation like this and honestly, we’re pretty glad that he decided to put this info out there for public consumption.

If you follow along down the video below, you’ll be able to follow this test that takes the liberty of using a Tesla Model X and strapping it up to a full-size Chevrolet Silverado in order to see if the Tesla is capable of yanking the Chevy out of the way of the charging station where these electric vehicles need to plug in. Long story short, it’s definitely something that’s possible if you really see the need to do something down this lane. Furthermore, if you get caught in the act, we weren’t the ones who told you about it, if you get in trouble, that is!

Tesla Model X vs Hummer H2... Who WIll Win This Tug Of War Battle? 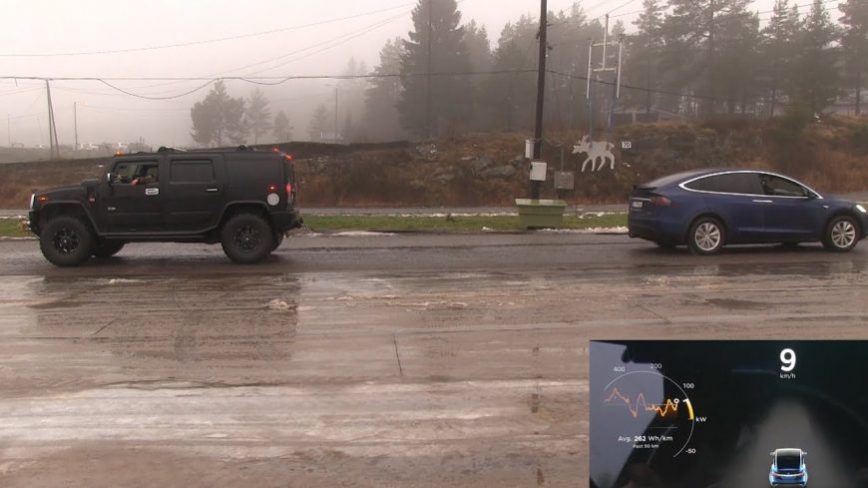