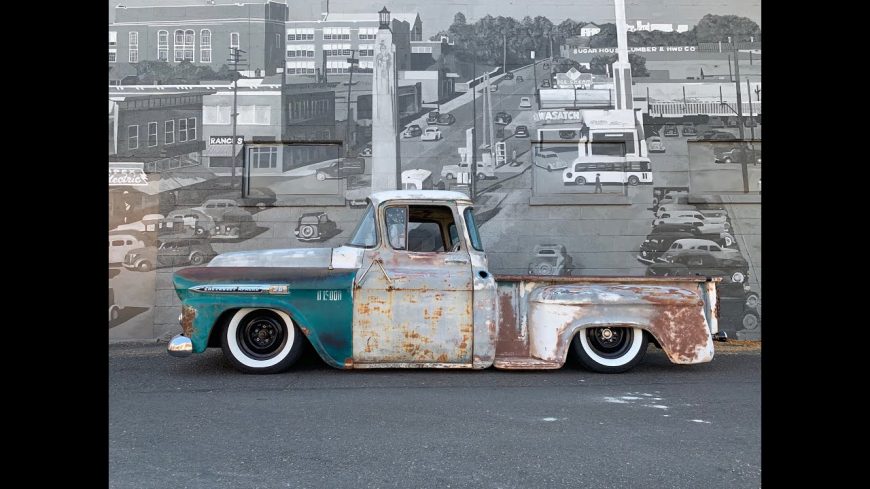 These days, the old school pickup truck seems to be a relatively popular option in the world of customs. As a truck fan, I can’t help but show my bias. With all of the different ideas that come together on some of these builds, some of them really pop!

When it comes to something like the Chevrolet Apache, there is a certain expectation for what we typically see in a project. Most of the time, while there are different options to power these things, we’re likely to find some sort of Chevrolet power plant under the hood. Over the years, General Motors has produced a plethora of different V8 options. This is what we’ll normally see upon popping the hood.

Every now and then, though, we’ll find an engine swap that comes out of the left field. This particular build might just be the poster child for that phenomenon. Instead of any sort of combustion engine, in fact, this particular 1958 Apache has gone electric!

That’s right, the classic truck has met all-electric power via a Tesla setup. As the years go on, we will likely find more and more electric swapped old school vehicles. However, as of now, they’re pretty rare. In fact, it’s hardly ever that we see electric power under the hood of an old school truck like this.

By following along with the pairing of the videos here from Electric 51 Speed Shop, we get to see the truck do a burnout which is rather unfamiliar to us. It’s definitely going to take a while to get used to seeing the sights of burnout without the audio that would naturally accompany such a feat.

We also get to take a look at the overview of the truck that shows off what the build is all about. What will they swap next?