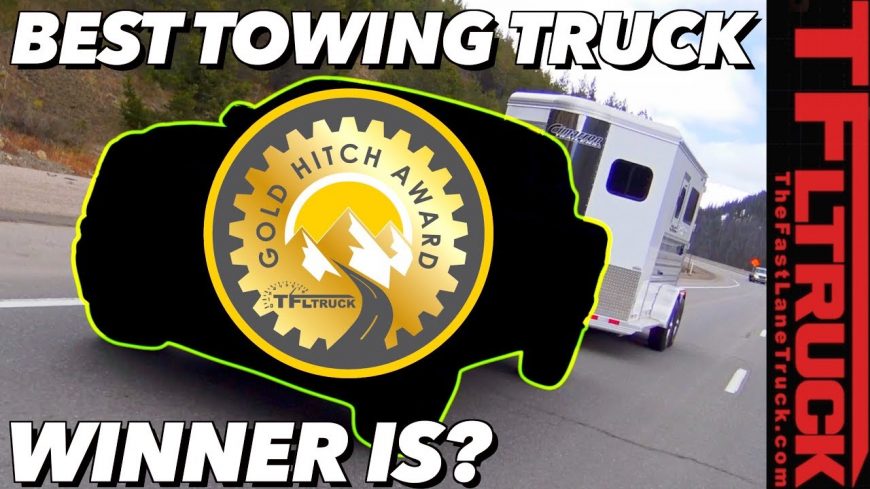 Obviously, for those looking to pull a substantial load, a pickup truck is probably the best bet. However, even when someone has decided that they want to go with this platform, there are a lot of options. First of all, a consumer has to decide if they need a heavy-duty pickup truck. Sometimes, a half-ton truck or less will do the job. After all, there are more expenses associated with going with a heavier duty truck. While most people might want to think that this is the route for them, sometimes, those expenses simply aren’t necessary. In the vast majority of cases, a half-ton truck will be able to do the job just fine.

For those who are looking to do a little bit of towing, this time, we take a look at some of the half-ton trucks that are best suited for that job. Just because someone doesn’t want to step up that extra price bracket into the heavy-duty trucks isn’t to say that they want to forget about towing capacity altogether. After all, much of buying a truck is about stretching the dollar as far as possible sometimes. Why not make sure to make the best purchase possible with something that’s going to provide the most utility. After all, a couple of hundred extra pounds could really stretch out the usefulness of a utility machine.

This time, we take a look inside of a group of half-ton trucks all being compared to one another on the basis of towing. Now, naturally, one might think that they could just look up the specifications online for such trucks. That certainly is true but there’s a little bit more that goes into pulling a load than the numbers might indicate. Different trucks are going to tow differently because of upgrades, technological advancements, and other luxuries that might make pulling a load that much easier. In this one, TFL Truck digs into some of the most popular pickups on the market. When all is said and done, only one truck is going home with their Gold Hitch Award!