Test Driving a 1000 HP Trackhawk With the Hennessey Performance Techs 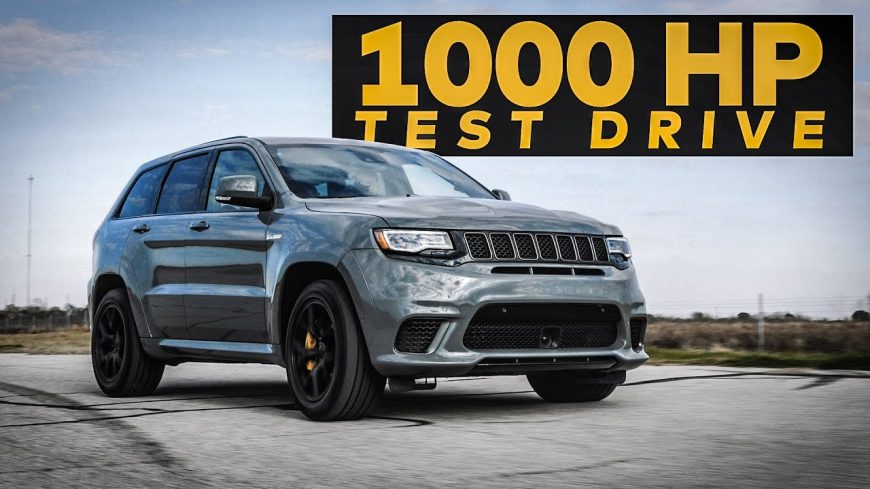 Over the past couple of years, something really special has been happening over in the Mopar camp. As they have really figured out how to make the Hellcat engine churn out some major power, they have also been expanding the lineup. For years and years, we know that lots of performance enthusiasts have wished that there would be a high-performance variant of different obscure vehicles.

For example, as a Chevrolet enthusiast, I know that I’ve always wondered what the brand would be able to do with the Tahoe in the performance world. Naturally, this is something that never is going to come to fruition. It’s just something that probably wouldn’t sell enough to justify General Motors dipping into such a segment.

However, over in the Mopar world, we find that they have tossed their 700+ horsepower supercharged flagship architecture at just about every vehicle that they make. Nothing is really discluded. Pickup truck – Send it. Jeep – Why not? They even put this thing in the bulky Dodge Durango.

With this, the powers behind these decisions have met widespread praise. Folks seem to absolutely be in love with what the Jeep Grand Cherokee Trackhawk has to offer, for example. On the other hand, though, there are a bunch of us who just can’t help but modify these things, either, no matter how great they are. When this modding happens, the intensity can really get turned up as we see some pretty awesome combinations cranked out.

This time, Hennessey Performance is the one stepping up to the plate as they deliver a 1000 hp Jeep that is absolutely calling our name. I get the feeling that, after watching the video below where we get to go on a test drive with some Hennessey technicians, it might just be calling your name too. This is definitely one that we would recommend cranking up the speakers for because this Jeep creates a sound that is to die for.