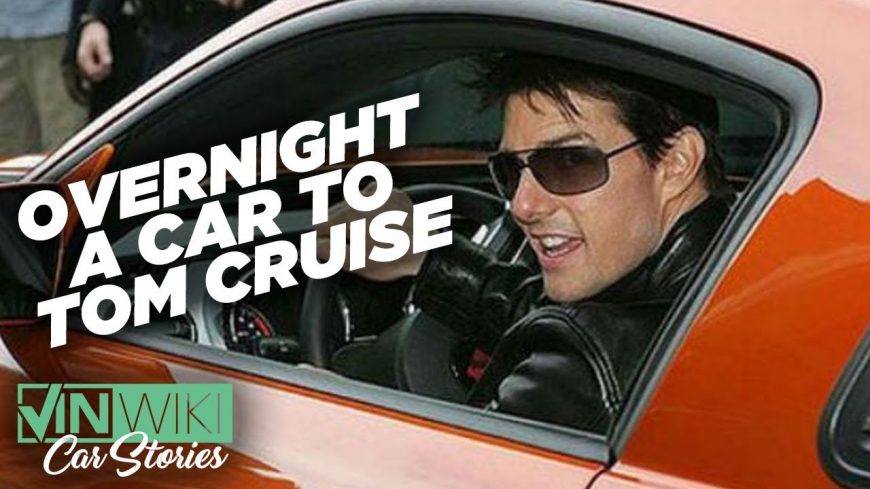 If there’s one thing that this country has it is definitely power of celebrity. People will go to some pretty insane lengths to meet and chat with her favorite celebrity, even though the person is one who they have never really met and have no idea what they’re like. Even though, on the surface, it really sounds like an odd phenomenon, it’s definitely one that the vast majority of us have probably been a part of as we have more than likely found ourselves gawking over celebrities more than once. I even have to admit that I have found myself in a situation like this once or twice.

Now, other than just attracting fans who will go through incredible lengths to meet them and potentially get an autograph and a picture, what other things can celebrities do with what would appear to be some sort of real-life superpowers? Well, in this VINwiki video, we get to hear the whole rundown of exactly how Tom Cruise changed his mind several times about what car he wanted to drive and, at the end the day, had people moving heaven and earth for him so that he could have one particular car in less than a day.

The story behind this one all follows the timeline of the Mission Impossible III promo day, a day where the movie would first be rolled out and Cruise would decide to take part in some promo by bumping around to multiple events in Manhattan, surprising fans and moving onto the next event to do it again. In order to make a grand appearance, he would roll up to each of the events in different vehicles, starting with a motorcycle, which would transfer to a Saleen Mustang, followed up by a Maybach, and eventually a firetruck. The day before, it just so happened that all of these vehicles were sourced except for the Mustang. If you follow along with the story below that is told from the perspective of the man behind the transportation, we hear all about the $13,000 overnight journey from Los Angeles to Newark, NJ. It just really goes to show you what you’re able to accomplish with the right name behind you.