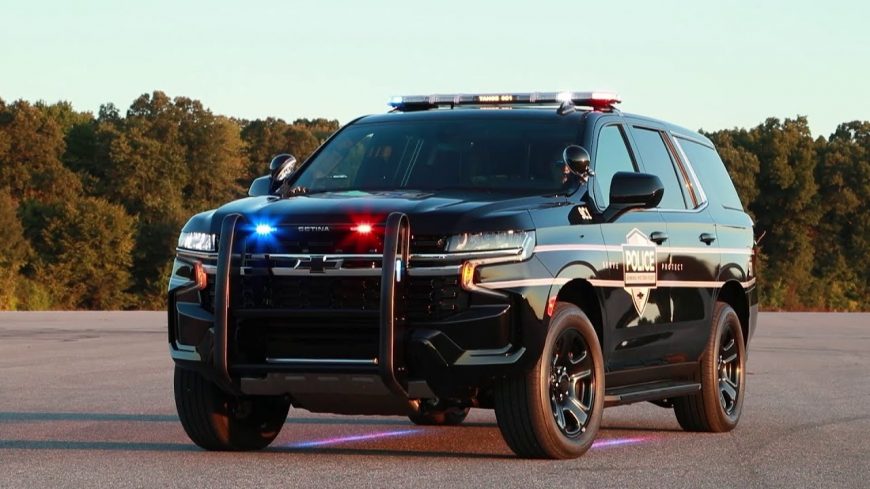 For vehicles that are built specifically for police use, they’re generally not very luxurious. Instead, the police packages are generally built with function in mind. If you want a vehicle that’s going to get the job done, look no further than these specially tailored machines.

In fact, as we move toward the future, it seems as if police vehicles are getting more and more features packed into them. No, you won’t find a back massager in a police Tahoe as you will in some of the higher in Mercedes-Benz machines. However, the technology that’s coming along is certainly something to write home about.

This time, thanks to the Courtesy Fleet Youtube channel, we get a guided tour of some of the features that one might find aboard a 2021 Chevrolet Tahoe police pursuit vehicle. One of the coolest items that we found was a rearview mirror camera that can allow the driver to have vision behind a vehicle, even if there is a prisoner partition that blocks the cabin view.

Another feature that we found pretty interesting is the fact that the truck will automatically stop if the driver exit at a low speed. This might not seem like something that serious but when a fraction of a second matters, being able to quickly unbuckle a seatbelt and hop out of a moving vehicle without putting it in park could definitely be the difference between a successful outcome and a criminal getting away.

Down in the video below, we check in with the vehicle that provides lots of typical things that one would expect in a police vehicle. However, we have to admit that the technology is really beginning to impress us with these things. This will only become more and more prevalent as it gets cheaper to produce some of these features that might’ve cost an arm and a leg back in the day.

« How the Porsche 917 Used an Inflated Chassis, Other Engineering Tricks to Dominate in Le Mans