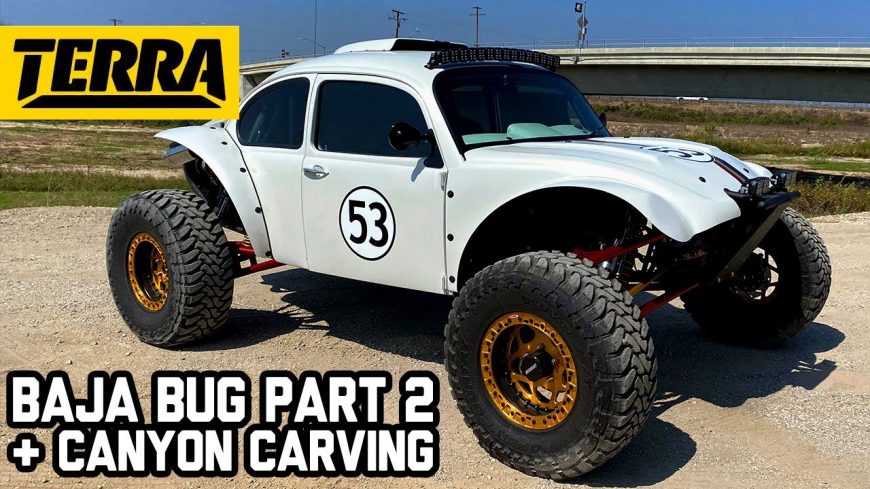 A machine that makes big power that’s meant to go on asphalt is definitely a start to putting together a cocktail for adrenaline. However, taking things off the beaten path can really throw a plot twist in the mix. Not only are some of these machines just as powerful as what one might find on a street or paved track. They also tend to be able to go up in the air, throwing all sorts of power around quite literally. Just imagine pairing that same acceleration from something as powerful as a Hellcat with a jump. Oh yeah, it’s also a lot lighter, too!

This time, we get to check in with a 700 hp Baja monster built by Buckshot Racing known as the “Baja Bug.”

This machine obviously started off life as a Volkswagen Beetle. However, we’re going to wager that there weren’t many folks around the assembly line at Volkswagen or even in the engineering room who thought that the car would ever end up like this.

Instead of anything but conventional, the Bug has been lifted up, re-powered, and built to be able to be beaten on. We wouldn’t put it past this machine to be able to head out into the desert and take a hounding for long periods of time while really giving the driver reliability along with a great time under that long, skinny pedal.

Down below, we get a check in with what this off-road monster is all about. At the end of the day, we’re not quite sure that there are very many better uses for a Volkswagen Beetle than this. In fact, we would probably venture to think that just about any car given the sort of treatment would be much better off. After checking this one out, be sure to tell us what you think the best machine to convert into an off-road dune buggy might be.