The Best Reactions To The Most Deadliest Race In History, The Isle Of Man TT 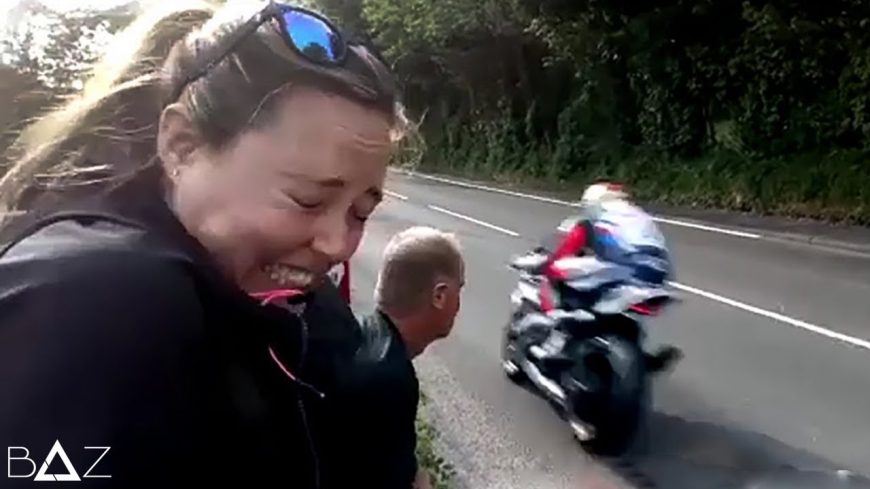 The Isle of Man TT is one of the most insane races on the planet. I know I use that word a lot, but I always try to make sure it’s applicable, although I’m not sure any other context would hold up to be considered quite as insane as the Isle of Man and the riders who race it.

Widely considered the most dangerous race in the world, the IOM is an annual Superbike race on the 37-mile long course that snakes around the tiny island nation between Great Britain and Ireland. The course itself is technically demanding but is laid out to allow riders to reach brutally fast speeds, a combination that has led to nearly 150 fatalities over the last century of racing, making it easily one of the most dangerous events in all of the sports, not just motorsports.

Several of those fatalities have been spectators, who as you will see in the video below, line the course, often mere inches from the riders blasting by at triple-digit speeds. As you can imagine, the thrill of being within arm’s reach of the competitors is well worth the risk for most fans, who are often separated from the track itself by nothing but good sense.

You can see their faces light up with awe and a bit of trepidation as they get their face peppered with tiny bits of debris carried by the wind the bikes create at such dizzying speeds. While it seems overly risky to me personally, I’ve put myself in similarity-dangerous positions while shooting the drag races in order to try to get the perfect shot, so I can understand the thrill, especially for those who are using their phones to video the action.

Just sit back and watch this clip of spectators having a really hard time controlling their face muscles, most of them trying to downplay how incredibly intense it has to be watching these badass bikes pass by just inches away.

« A Leduc Christmas With Monster Energy