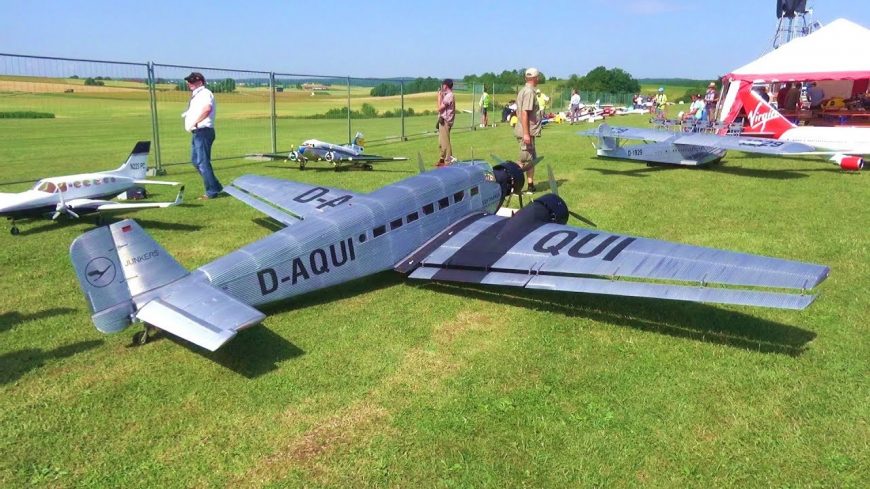 At the rate that remote control replicas are going, it isn’t going to be long before somebody is trying to launch a full-size aircraft via remote control. This time, we check out what is being called the biggest remote control airplane in the entire world and this thing will blow your mind, especially when you see how awkwardly it lands, sending this entire thing to shambles and costing the owner what looks to be a rather sizable chunk of change as this massive craft takes a dive!

This time, we ride along as the gigantic Junkers JU-52 as it takes off and has a quick flight before touching back down, or at least making a valiant effort to. It looks like everything was going fine, when all of a sudden, the operator got caught up in some poor conditions, jerking the airplane to the side and causing it to come down awkwardly and break into multiple pieces. Luckily, this plane didn’t manage to take out any people and the damage done doesn’t look as bad as it could have been. After all, we have seen somebody’s remote control airplane go into about a million pieces as a crash landing occurred.

Check out the video below to see the hobby in action as it grows larger and larger every year, quite literally. How much bigger can these things possibly get and how will situations like these end up looking when the factors required for a safe flight don’t come together in just the right quantity!? I guess it only time will tell, but for now we wish this guy a fast mechanical recovery and hopefully, his plane will be out there in no time, cutting through the skies and putting on a display like this once again, minus the crash and burn at the end, of course.