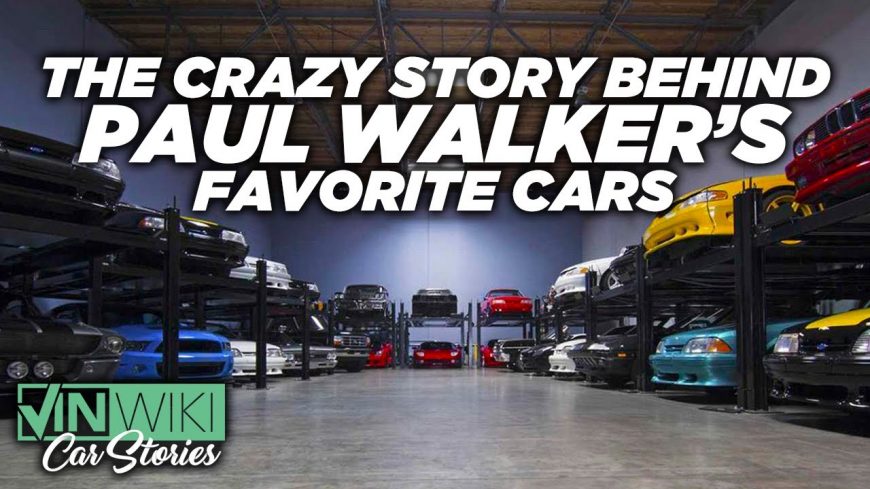 As automotive enthusiasts, one of the things that can drive us to be interested in certain celebrities is their love for cars. It might come out of nowhere and be kind of unexpected but all around the celebrity community, there are a lot of people who truly have a passion for automobiles. We aren’t talking about rich people going out and buying rich people cars but instead individuals who enjoy the different nuances of all sorts of rides.

One of those individuals just so happened to be the late, great Paul Walker. In the Fast and Furious franchise, it could be easy to be misled into thinking that maybe all of the actors involved are gear heads. However, it seems like, for the majority of them, this is just another role that they play as a part of their acting careers. Walker, on the other hand, had a deep rooted passion for everything with wheels.

As it turned out, he even ended up putting the other quite a collection for himself. As his wealth grew, so did Walker’s car collection which definitely had a very wide variety of different vehicles on board. Some of these machines were more common and there were others that definitely weren’t. In fact, he even had a collection of BMWs that were insanely rare.

This time, thanks to VINWiki, we’re able to get an inside peek at part of that collection as “Eric Keller from Enthusiast Auto Group explains the shared obsession he and Paul Walker had for the BMW E36 M3 Lightweight.”

It’s definitely quite the magical story as many of us hold a place dear in our hearts for Walker. Being able to see this side of him is truly a treat for anyone who has been a fan of the franchise over the years and more specifically the iconic late actor.

« The Largest Cash Days In History! 64 Cars Race for an Insane Amount of Money TONIGHT on Discovery