The “Curate C8” Sweepstakes Car is DONE Being Modded and Looks Amazing!

The “Curate C8” Sweepstakes Car is DONE Being Modded and Looks Amazing!

For our most recent act, Speed Society has decided that the best candidate for a ...

For our most recent act, Speed Society has decided that the best candidate for a giveaway would be the latest and greatest from Chevrolet. That’s right, the chance to grab a 2020 C8 is on the table. As those who have followed past sweepstakes know, it’s just usually not in our nature to give away a factory performance car. It was time to mod!

This was especially fun to do with a brand new car that would prove to be the ultimate blank canvas.

We wanted to mix things up, though. Therefore, instead of just modifying the car and giving it away, We decided to let the fans play a role in picking out the modifications. Therefore, this one is quite literally by the fans, for the fans. Polls would go up so that voting could determine the specifics on what the winner would be going home with.

When all was said and done, the car would have a plethora of modifications. The winner of this bad boy is not only getting a C8. Instead, the “Curate C8” is lowered with custom wheels, a ceramic coating, and the most recent modification in a high wing spoiler. Top it off with a little bit of window tint and this thing is looking as amazing as it performs.

We might be a little bit biased but we think that the fans did an amazing job of putting this thing together. It’s going to turn heads no matter where the incredible car ends up going.

By following along below, we’re finally able to show off the finished product and go for a ride. Behind the wheel is decorated drag racing champion, Alex Laughlin, who really shows us how fun the car is to drive. Whoever wins this one is truly in for the ride of a lifetime.

As of now, the entry period of the Curate C8 has closed. If you click here, you can get 10x pre-entries for our next giveaway that will be unveiled on July 1. 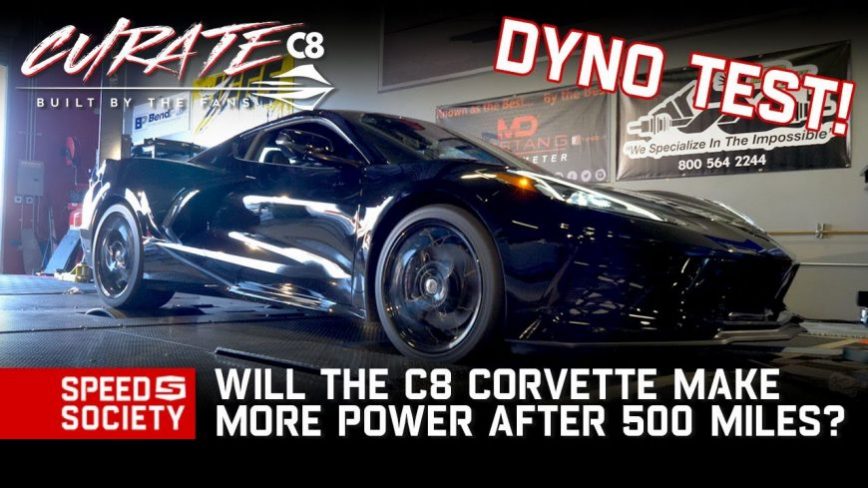