The Duramax Camaro And Cummins Charger Take It To The Streets 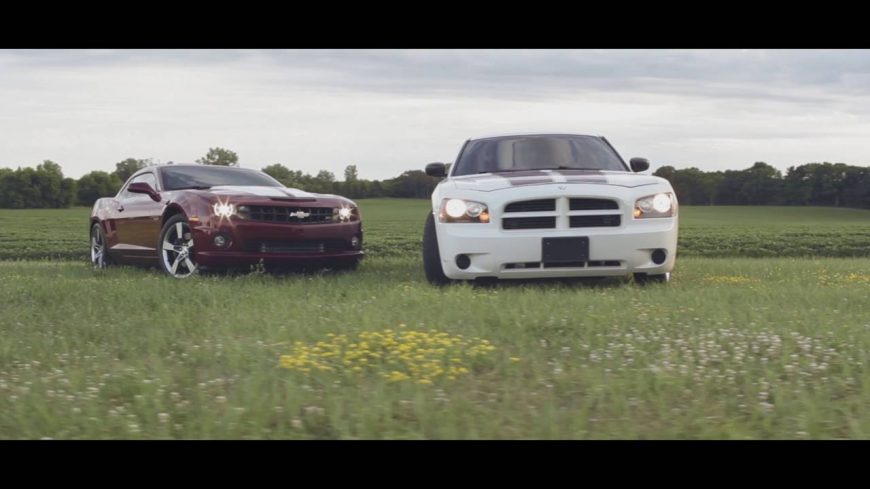 Sometimes, when you set out to do something you just want to be different and while these two builds are most certainly different, that doesn’t take away their usefulness or cool factor!

Normally, when you see a Dodge Charger or Chevrolet Camaro, the vehicles will be sporting one of the engines that they come with from the factory or maybe some sort of traditional swap that we’ve seen done over and over again. Heck, some of those stock powerplants can crank out some pretty decent power, too, but these guys took it to another level!

When this builder wanted to throw his own twist into the mix, he took the two aforementioned cars and combined them with a motor combination that most have never seen before. They may even be the first of their kind! Instead of just building something that would be expected, he decided to make things a little bit different when he completely retooled everything, throwing a Cummins diesel and Duramax diesel in the cars, respectively. Swaps like these are what make our world of wheels so great because you never know what you’re going to get!

If you don’t know the nuts and bolts of the situation, it might just seem like you could pop these engines in and have a ready to run car but it gets a lot more complicated than that, to say the least. These cars really have some serious wrench time in them. as just about everything from the transmission setup to the suspension has been modified.

Check out the video below that shows the Duramax powered Camaro and Cummins powered Charger, up close and personal, so that you can appreciate every second of the labor of love that has gone into bringing these mighty machines to life. We have to say that after seeing the go at the streets, we were completely blown away!