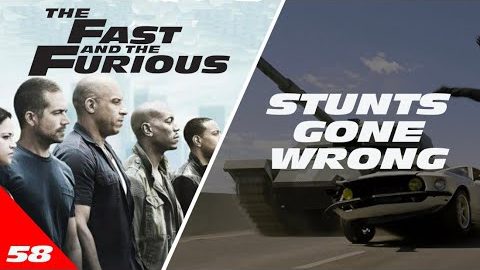 It’s absolutely no secret that one of the keys to success for the Fast and Furious movies is stunt work. Sure, seeing awesome cars on screen is a massive part of the success as well but these cars would be nothing if they weren’t put through their paces. At the end of the day, fans show up expecting to see extravagant stunts and these high-end cars thrown through buildings, over cliffs, and more of the like.

As the movies have progressed and the budget has gotten bigger, these stunts have gotten more complex. It seems like the crew is faced with one-upping themselves with each and every movie to the point where some of the more recent films look kind of like a Barnum and Bailey Circus act. When the stunts come together, though, they can leave audiences in awe of what they just witnessed.

This time, we take a walk through some of the stunts that have occurred over the years in the Fast and Furious movies. Originally, even the most basic of stunts were a little bit of a challenge. One example of this comes from potentially the most iconic scene in any of the franchise’s eight films. Most of us remember the race between the Dodge Charger and Toyota Supra that was the final scene in the original movie. As the scene would unfold, the Charger would end up launching over a set of railroad tracks in front of a train and eventually running into a semi truck before rolling over.

Craig Lieberman, the guy responsible for casting the cars, fills us in with a couple of details on the scene, unveiling the fact that it wasn’t exactly choreographed as much as one might think. Sure, they knew that they wanted to launch the Charger into the air but the crew didn’t really know how it was all going to unfold and appear on camera. However, thankfully, when it all came together, the result was pretty darn amazing to the point where it became one of the most classic scenes in automotive cinema history.

By following along with the video below, Lieberman discusses some of the Fast and Furious stunts gone wrong. It’s videos like these that really make us appreciate the finished product all that much more by realizing how difficult and dangerous some of these stunts might be.

« Dissecting the Many Errors of The Fast and Furious: Tokyo Drift