The Guy Built A Half-Sized Copy Of The Hoonitruck 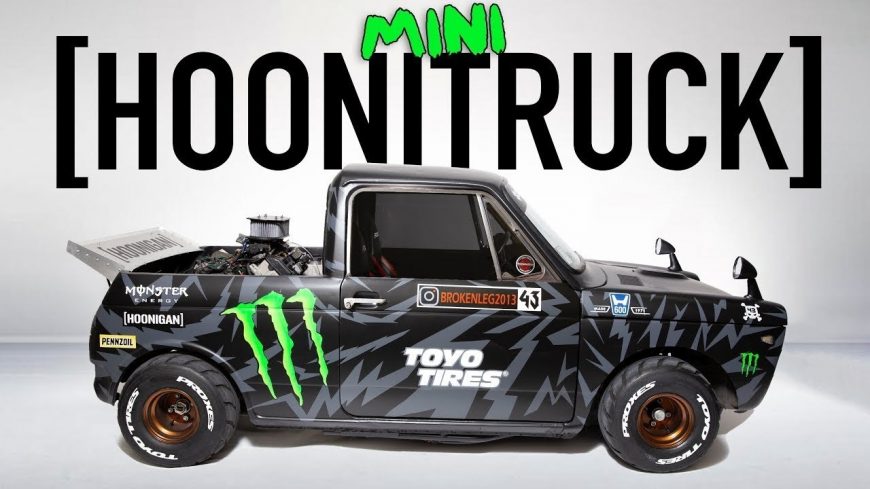 You know when you build a custom one off ride and it gets a ton of attention, there are liable to be some folks out there who rip off your ideas. Some of the copycats may be somewhat discreet and only take a few ideas for their own projects, while others may be more blatant and just rip off the whole concept and thinly disguise it as their own. Others may shrink it… Because why not??

Alex Saint did just that, making his very own scaled down version of the Hoonitruck, a ride that has been lighting up the internet with chatter ever since it was debuted just a couple of months back. He took a 1971 Honda N600, a classic import that has timeless styling that, with a little help from Alex and the ideas brought to life by Ken Block and the guys at Hoonigan, just happens to favor a 1977 Ford F-150, at least well enough to play its younger brother.

Alex got started with one of the most important parts of the build: the engine swap. While the V6 in the actual Hoonitruck is a smaller powerplant than many used in typical swaps, it would still be far too large to cram into the diminutive Honda, so instead he source power from another import: a Suzuki GSX-R 1000 sport bike. The smaller four banger still cranks out a solid 190 horsepower thanks to a few minor mods, and with the half pint Hoonitruck weighing in at just over 1,000 pounds, the combination is good for a 12.4 second quarter mile at 104 MPH.

But like the full sized version, the real fun to be had in this thing is when you kick the rear end out and do some sliding. Alex is no Ken Block, but then again, who is? However, it’s clear the demonic little truck has no problem breaking the tires loose for some tire-shredding drift fun. With a little more time behind the wheel pushing the envelope, Saint could very well put together some cool footage that would maybe rival that of Block and the Hoonitruck, at least close enough to maybe make it into the next Gymkhana video?